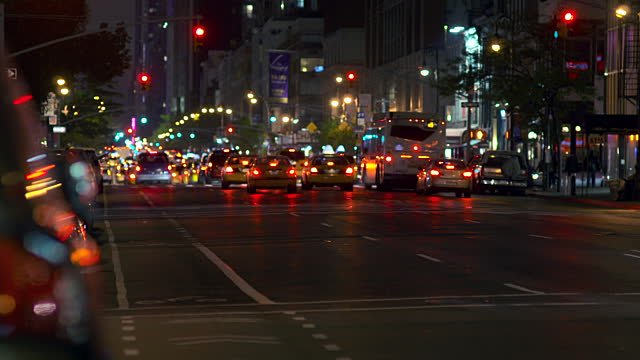 Driving at night is quite unlike driving in the day. The lights on the road may be too bright along highways, in the areas beyond the city there may be stretches of poor lighting in deserted areas, the headlights of the oncoming traffic and the traffic behind a driver may sometimes be confusingly glaring and so on. All this calls for extra care and vigilance on the part of the driver.

The first to do once you bring your vehicle onto the road is to ensure your headlights are on. Quite often people can be seen racing on the road at night without realizing their headlights are switched off, thereby putting their own safety and that of others in jeopardy.

More than in the day, at night it is good on a driver’s part to mentally chalk out his itinerary so he would avoid switching lanes as far as possible. Changing lanes at night can be a rather tricky affair sometimes given that the lights of the driver you want to overtake could be glaring. Judging the distance between your vehicle and the ones behind you may also be a little difficult.

It is poor driving habit to drive with full headlights glaring, thus almost blinding not only the driver coming towards you but also the one ahead of you. In one-way roads, especially if they are narrow, this can cause accidents. Headlights should be switched to full-glaring mode only when the road has poor visibility in which case they are helpful in avoiding cyclists, pedestrians or stray cats or if you expect frequent speed-breakers on the road.

Especially at night, you must not park your vehicle even briefly along a road except in a lay-by since a vehicle with all lights switched off parked otherwise is a sure recipe for disaster. Yopu must also not use a lay-by meant for public buses to park you vehicle even for a short time.

While a driver must wear seat belt whether it’s daylight or night, on account of the visibility issues at night the wearing of the seat belt becomes all the more necessary for both the driver and the front-seat passenger.

Speed is another aspect which needs to be curbed at night. Speeding at night has been the cause of numerous accidents in which many a youth has lost his life. Even late at night do not be tempted to speed just because the roads are nearly empty and nobody is watching. There maybe another driver with the same mindset as yours and the consequences of an accident could be quite disastrous.

There is also this tendency among some daring drivers to ignore the red signal and the ‘No U-turn’ signs at night just because the area within their sight is seemingly deserted. They tend to forget that a speeding driver may suddenly appear on the horizon to challenge your wits.

So do not break the rules whether it is day, night or late night. The traffic rules are the same round the clock!

Civil Defense Certificates Can Now be Issued via Bahrain.bh!