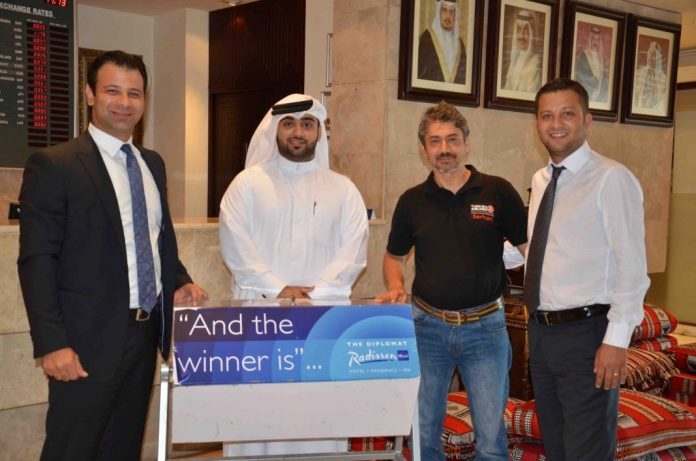 Winners, Mona Ghobashi and Francoise Kalbermatten, won air tickets to Istanbul on Turkish Airlines and a two night stay at the Radisson BluHotel Istanbul Pera, after participating in the raffle draw which took place during Ramadan

The ceremony was attended by
Mr. Shareef Kharouba, the hotel’s Director of Sales & Marketing, Mr. SerhanAsy, Turkish Airline’s Regional General Manager and a representative from the Ministry of Industry & Commerce.