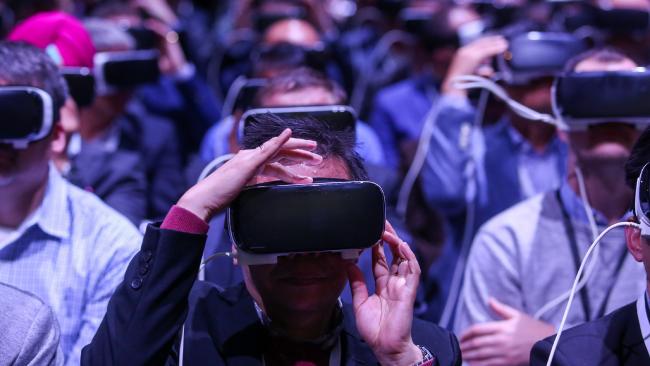 UFC 212 to be live streamed in Samsung’s virtual reality

Pretty soon we’ll all have a front row seat to our favorite sporting events without ever leaving the lounge room.

Samsung has taken a notable step towards making that a reality by announcing partnerships with American mixed martial arts promotion, the UFC, and extreme sports competition the X Games.

As a part of the Korean company’s initiative to live stream sporting events in virtual reality, Samsung has announced that the UFC 212 event in Brazil this weekend will be the first sporting event to be live streamed on the platform.

Customers can sign up to Samsung’s VR Live Pass and strap on their Gear VR headset to watch 360-degrees virtual reality action with pre and post-event highlights as well as additional VR content.

“We’ve always felt that the potential of combining UFC events with virtual reality would give our fans the ultimate enhanced experience,” UFC Chief Operating Officer Lawrence Epstein said in a statement.

Samsung also announced it will live stream an X Games event in July, giving users the chance to watch the world’s best BMX riders and skaters, including Jimmy Wilkins, Chad Kerley and Jagger Eaton up close and personal in VR.

In August Samsung’s VR Live Pass will stream a live concert with an unnamed international artist.

“We are excited to offer Samsung Gear VR users the opportunity to experience their favourite live music and sporting events through our industry-leading VR ecosystem,” said Younghee Lee, CMO and Executive Vice President.

BRAVE Kombat Federation, the biggest sports-brand in Bahraini history, is partnered up with the Bahrain Tourism & Exhibitions Authority to showcase to BRAVE Nation...
Read more
iGA