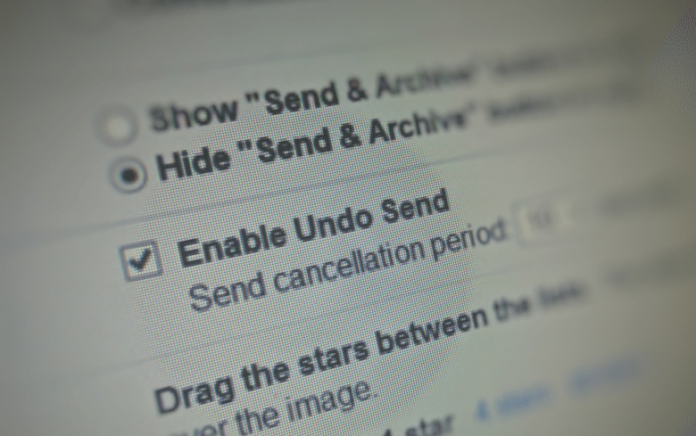 ‘Undo Send’ an official feature of Gmail on the Web

Google is finally bringing the life-saving

In what could be described as one of the longest “experimental” periods of any product feature, Google is finally bringing the life-saving “Undo Send” option to the main settings on the Web version of Gmail.

Google first introduced Undo Send to Gmail way back in March 2009, so you could be forgiven for not realizing the feature was still technically an experiment. Indeed, the feature has stayed quietly in the Labs section of Gmail, where Google tests out new features, which users have to manually switch on to use.

As its name suggests, Undo Send gives you a set period of time after dispatching an email to change your mind — so once you’ve clicked “Send” you’ll see an option to reverse it on your screen for between 5 and 30 seconds, depending on what you’ve indicated in the settings.

Moving forward, you’ll see Undo Send in the main “General” tab of your settings. If you already had the option switched on in Labs, then it will still be on by default. If you didn’t, you’ll need to tick the little box next to “Enable Undo Send.”