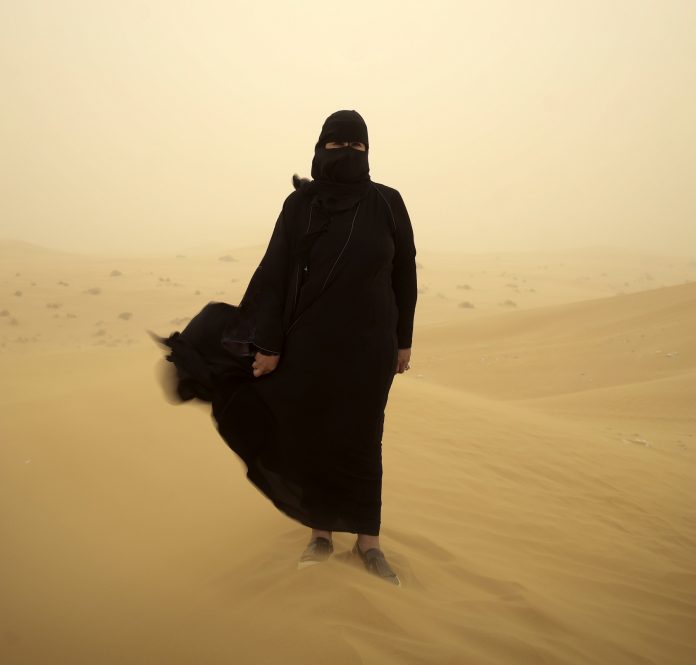 Vibrant Lineup Of Films For Its Iconic Arabian Nights Programme.

The Dubai International Film Festival (DIFF) has announced the vibrant lineup of films for its iconic Arabian Nights programme. A favourite of Festival-goers, the 2017 edition will feature nuanced stories from regional and international filmmakers highlighting the multifaceted nature of Arabian culture. Held during the 14th Festival, from 6 – 13 December, audiences will be taken on a whirlwind journey that explores the division of borders and the humanity that can traverse them.

First in the lineup, and making his debut at the Festival, is award-winning French director Gaël Morel with his latest feature, ‘Catch The Wind’. Having opened to critical acclaim at the Toronto International Film Festival, ‘Catch The Wind’ follows Edith, a 45-year-old textile factory worker that sees her life turned upside down by her company’s downsizing measures. Estranged from her son and with no other personal ties, Edith, played by the renowned French actress Sandrine Bonnaire, chooses to leave her current life and follow her work to the new factory location in Morocco. The film also stars Mouna Fettou and Lubna Azabal.

Returning to DIFF is French actor and director Rachid Hami with a heart-warming tale of new beginnings and the power of music. In ‘Orchestra Class’, Simon is a distinguished but disillusioned violinist, charged with a class of green music students. Arnold is a shy and chubby pupil who is fascinated with the violin and has a natural gift with the instrument. With Arnold’s raw talent and the joyous energy of his class, Simon gradually rediscovers the joys of music. Together, they set their sights on enrolling the class in an end-of-the-year concert at the prestigious Paris Philharmonic. The film stars Kad Merad and Samir Guesmi.

Festival heavyweight and Peabody award-winning filmmaker Julia Bacha presents, ‘Naila and the Uprising’, an inspiring true story about love, family and freedom. The story follows Naila Ayesh who, alongside a clandestine network of Palestinian women, stepped out from the fringes of society and into the heart of an uprising. Moving in and out of Israeli prison, distributing illegal leaflets in the dark of night and planning boycotts and strikes with her infant son strapped to her back, Naila’s story weaves through the most vibrant, nonviolent mobilization in Palestinian history – the First Intifada in the late 1980s.

Aida Begić, hailing from Bosnia-Herzegovina, returns to DIFF with ‘Never Leave Me’. Having made a mark on the industry with her first feature, ‘Snijeg (Snow)’ at Cannes, ‘Never Leave Me’ is an emotional story of unlikely friendship between three teenage boys in a Syrian refugee camp in Turkey. Having been abandoned or separated from their parents, the boys initially grate on each other, but slowly bond over their desire to find a better life away from their dire conditions.  In the face of adversity, the boys have to rely on each other to overcome the obstacles and dangers that threaten them. The film stars Carole Abboud and Nisreen Faour. 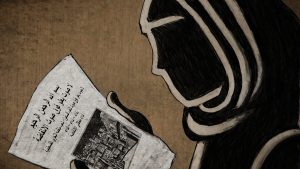 Joining Larsen in his debut at the Festival is Algerian filmmaker Karim Moussaoui, with his praised film ‘Until the Birds Return’. Nominated for the prestigious Cannes Un Certain Regard award, the film centres around Mourad, Aisha and Dahman, and is a tale of tough choices in the quest for new beginnings. Mourad is a successful businessman averse to trouble, but when he sees a man in danger he must decide if he should step in and help. Aisha is done with the past and heading down the road to start life as a married woman, accompanied by her father and neighbour Jalil. Dahman, a doctor, also wants a fresh start and believes the key is marrying his cousin. The film follows each character’s path as they make difficult choices and face the consequences that follow. The film stars Nadia Kaci, Hania Amar, Aure Atika, Mohamed Djourhi, Sonia Mekkiou and Mehdi Ramdhani. 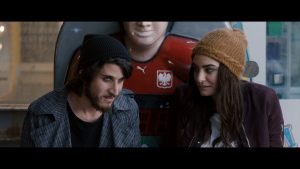 Fellow Un Certain Regard nominee and acclaimed Tunisian director Kaouther Ben Hania brings ‘Beauty and the Dogs’ to DIFF. Miriam, a young Tunisian woman, meets Youssef at a student party and decides to go home with him. What follows is a long night in which she must fight for her right and dignity, and Miriam soon discovers that justice is hard to find when judgment favours the oppressors. The film stars Mohamed Al Akkari, Mariam Al Ferjani and Ghanem Zrelli.

‘The Poetess’ is an arresting and engaging documentary from famed non-fiction directors Stefanie Brockhaus and Andreas Wolff. It follows the dramatic decision of self-taught Saudi writer Hissa Hilal to take part in “Million’s Poet”, an Abu-Dhabi based multi-million dollar TV show. It is the Arab world’s biggest poetry competition, and it is dominated by men. Premiered at the Locarno Film Festival, ‘The Poetess’ features Hilal in every shot, but the audience never sees her face. Rising above the competition as the first woman ever in the show’s finals, Hilal’s unique perspective and cutting words steal the spotlight. The housewife is soon a breakthrough star across the Arab world. So, how did she gain the knowledge and the courage to step on stage?

Making his debut at the Festival is French-Lebanese director Nadim Tabet with Enjaaz-, DIFF’s production support programme, supported feature ‘One of These Days’. It is an autumn day in Beirut as the city rests on the edge of chaos. For Maya, Tarek, Yasmina and Rami, however, it is just another ordinary day in their young adult lives, in which they question themselves and each other about sex, love and whom they’ll hang out with at night. The film stars Manal Issa, who was previously appeared at DIFF 2016 for ‘Parisienne’, and Manal Issa

Acclaimed TV and film writer Khaled Diab returns with the world premiere of his first feature ‘Artificial Labor’. After turning heads with ‘Clash’ in 2016, which was the opening film at Cannes International Film Festival’s Un Certain Regard category, ‘Artificial Labor’ analyses the lengths we will go for the hope of a better life. After tireless attempts to obtain legitimate entry to the United States fail, an Egyptian couple hijacks the American Embassy in Egypt under the false pretence that birthing their twins there would grant them American citizenship. The film stars Rasha Gawdat, Maged El Kedwany, Mai Kassab, Abdel Rahman Abou Zahra, Bayoumi Fouad, Horeya Farghali and Sayed Ragab.

Closing the Arabian Nights lineup is the world premiere of ‘Kiss Me Not’. The latest in a slate of celebrated films from Egyptian-American writer, producer and director Ahmed Amer. Having made waves at the 2016 Festival with ‘Ali, The Goat and Ibrahim’, Amer returns with an original mockumentary that follows young director Tamer. He is left in the lurch when Fagr, the star of his first feature film, decides to wear the hijab and quits the production during shooting of an important kissing scene. Tamer is left under enormous pressure to finish the film while dealing with a materialistic producer and the curious media. The film stars Yasmine Rais, Mohamed Mahan, Sawsan Bade, with an honorary cameo by the late famous director Mohammed Khan and the award winning director Khairy Beshara .

Masoud Amralla Al Ali, DIFF’s Artistic Director commented on this year’s programme lineup: “Since its inception, Arabian Nights has served as a platform for Arab and international filmmakers to cross borders and tell stories that address very real themes in the Arab world with compassion and creativity. We know this year’s slate will bring incredible and unique perspectives to the fore, and I know DIFF audiences will be as engrossed as I will.”

Delphine Garde-Mroueh, Arabian Nights Programmer, added: “Arabian Nights is one of the most highly anticipated categories each December, as it celebrates the cultural diversity within the Arab region through the exceptional medium of film. This year’s lineup tackles pressing issues facing the world today and aims to overcome these boundaries, bringing communities together through compelling storytelling.”