Between the holiday season, weekends and the...
CultureInside BahrainVolunteering for Humanity: The phase III clinical trials in the Kingdom 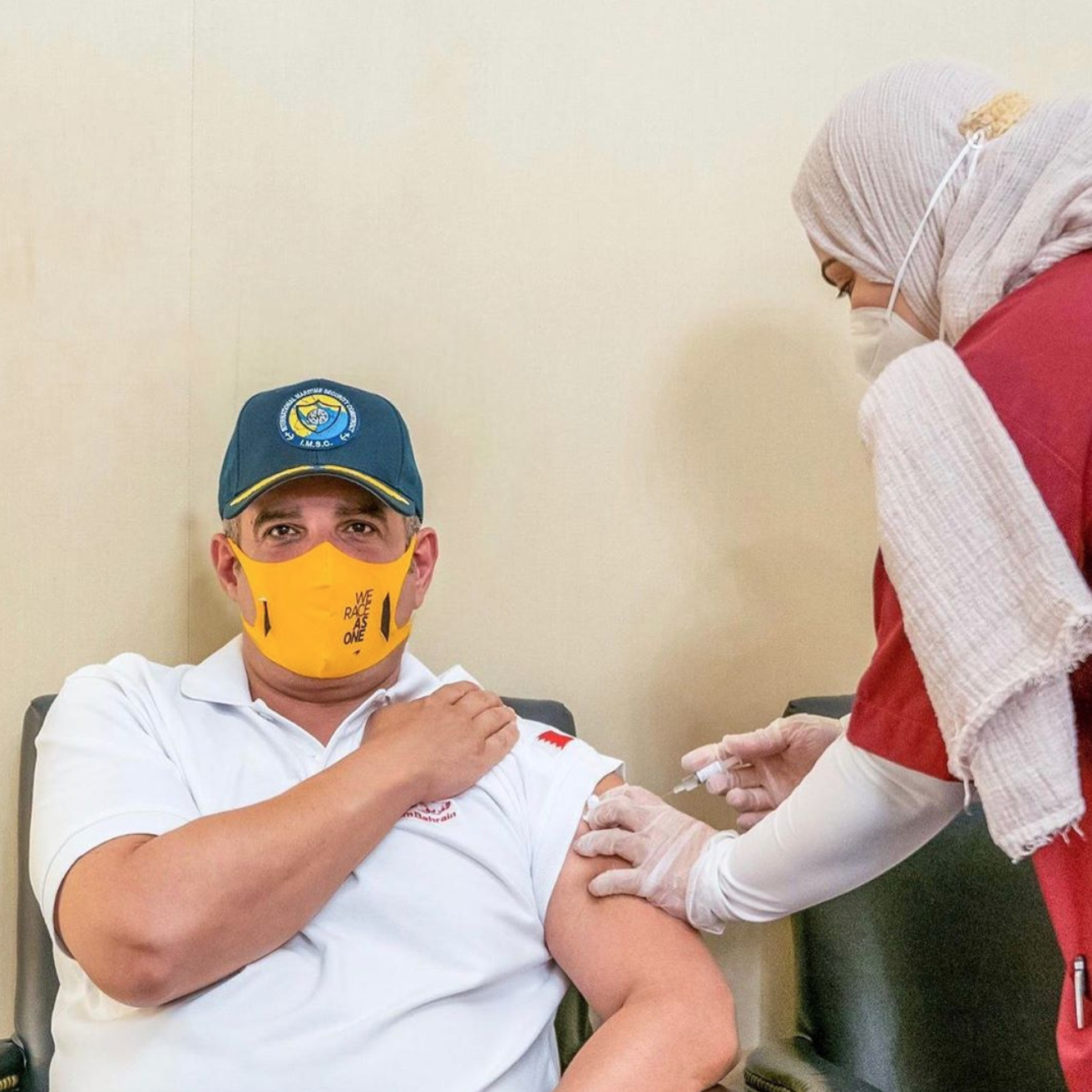 The phase III clinical trials are being conducted in the Kingdom in collaboration with Abu-Dhabi based G42 Healthcare using a vaccine developed by Sinopharm CNBG, the sixth-largest producer of vaccines in the world.

Up to 6,000 volunteers will participate in the trials, selected from those who meet the required medical criteria. The clinical trial involves administering a vaccine to the selected volunteers, in order to study the effectiveness of antibody production and its protection against the virus.

Highlighting the importance of positive participation of citizens and residents in the third phase of the experiments on coronavirus vaccine which is being overseen by the national medical team in cooperation with the competent parties to combat the pandemic according to the highest standards, the phase III clinical trials has seen volunteering from the dignitaries from diverse levels in the Bahrain Society.

“I was privileged to stand together with our vaccine volunteers, each one of them determined to play their part in working to protect others, not just at home in our Kingdom, but right across the globe.

This global crisis requires a global response. In Bahrain we are proud to say we have stepped forward and shouldered responsibility, first in sharing in treatment and testing best practice, and now in support of safe vaccine testing and development.”

Supreme Council for Health (SCH) President, Head of the National Taskforce for Combating COVID-19, Lieutenant-General Dr. Shaikh Mohammed bin Abdulla Al-Khalifa initiated phase III clinical trial for a COVID-19 inactivated vaccine which will be tested on an estimated 6000 citizens and resident volunteers across the Kingdom of Bahrain.

During participation in the clinical trials, he pointed out the big stride made in this regard with more than 4000 volunteers undergoing the vaccine test so far. He commended the sense of patriotism and responsibility shown by all in these exceptional and distinctive circumstances. He stressed that participation in the clinical trials is an active contribution to the efforts to get rid of the pandemic.

Lt. General Dr. Shaikh Mohammed bin Abdullah Al Khalifa praised participation of all social components in the experiments, stressing that the vaccine is safe and the accompanying symptoms, should they exist, are among the recognised ones.

Participation of the SCH President and Head of the national medical taskforce in the clinical trials of COVID-19 vaccine, under the theme “Volunteering for Humanity”, is part of the national efforts to combat the virus and curtail its spread by boosting all pre-emptive procedures to protect the health and safety of all.

Within the same context, Lt. General Dr. Shaikh Mohammed bin Abdullah Al Khalifa underlined the importance of donating blood plasma by those who have recovered from the disease after pronouncing it as one of the methods used to treat existing cases with severe symptoms or are under intensive care.

He paid tribute to those who took the initiative to donate blood plasma under the supervision of the national medical team after fully recovering from coronavirus. He expressed hope active participation in combating the virus will continue to save people’s life.