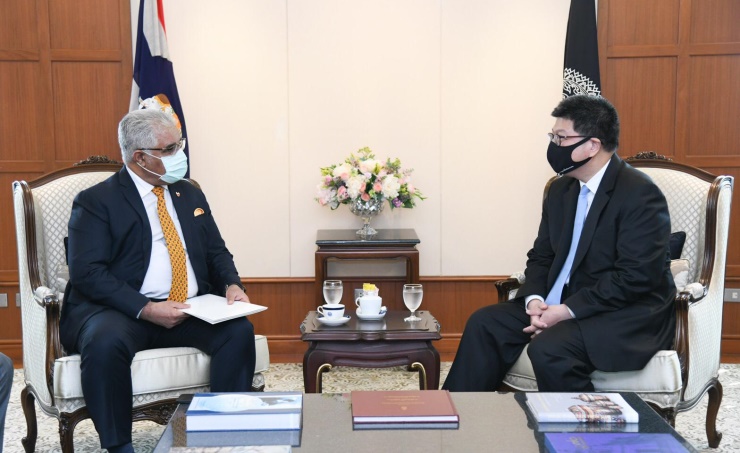 Ambassador Ahmed Abdullah Al-Hajri congratulated Thani Thongphakdi on his appointment as Undersecretary of the Ministry of Foreign Affairs, wishing him continued success in performing his new duties, praising the solid bilateral relations between Bahrain and Thailand. Thani Tongpakdi appreciated the advanced level witnessed by the close relations between Bahrain and Thailand, wishing the Kingdom of Bahrain continued progress and prosperity.