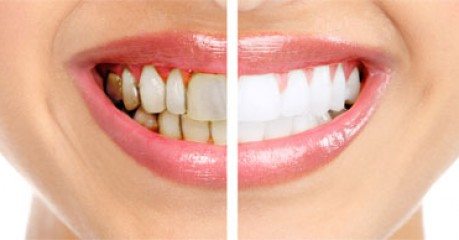 What is Gum Disease?

The term gum disease – or periodontal disease – describes bacterial growth and production of factors that gradually destroy the tissue surrounding and supporting the teeth. “Periodontal” means “around the tooth.”

Gum disease begins with plaque, which is always forming on your teeth, without you even knowing it. When it accumulates to excessive levels, it can harden into a substance called tartar (calculus) in as little as 24 hours. Tartar is so tightly bound to teeth that it can be removed only during a professional cleaning.

Gingivitis and periodontitis are the two main stages of gum disease. Each stage is characterized by what a dentist sees and feels in your mouth, and by what’s happening under your gumline. Although gingivitis usually precedes periodontitis, it’s important to know that not all gingivitis progresses to periodontitis.

In the early stage of gingivitis, the gums can become red and swollen and bleed easily, often during tooth brushing. Bleeding, although not always a symptom of gingivitis, is a signal that your mouth is unhealthy and needs attention. The gums may be irritated, but the teeth are still firmly planted in their sockets. No bone or other tissue damage has occurred at this stage. Gingivitis can be reversed in nearly all cases when proper plaque control is practiced,” consisting, in part, of daily brushing and flossing.

When gingivitis is left untreated, it can advance to periodontitis. At this point, the inner layer of the gum and bone pull away from the teeth (recede) and form pockets. These small spaces between teeth and gums may collect debris and can become infected. The body’s immune system fights the bacteria as the plaque spreads and grows below the gumline. Bacterial toxins and the body’s enzymes fighting the infection actually start to break down the bone and connective tissue that hold teeth in place. As the disease progresses, the pockets deepen and more gum tissue and bone are destroyed.

At this point, because there is no longer an anchor for the teeth, they become progressively looser, and the ultimate outcome is tooth loss.

Periodontal disease may progress painlessly, producing few obvious signs, even in the late stages of the disease. Then one day, on a visit to your dentist, you might be told that you have chronic gum disease and that you may be at increased risk of losing your teeth.

Although the symptoms of periodontal disease often are subtle, the condition is not entirely without warning signs. Certain symptoms may point to some form of the disease. They include:

Even if you don’t notice any symptoms, you may still have some degree of gum disease. Some people have gum disease only around certain teeth, such as those in the back of the mouth, which they cannot see. Only a dentist or a periodontist – a dentist who specializes in gum disease – can recognize and determine the progression of gum disease.

Ear problems are the most common complaint of flight travelers. They are usually simple, like minor annoyances, result in temporary pain and blocked ear. Eustachian...
Read more
Good Living

Can hernia be repaired laparoscopically?

Hernia is defined as protrusion of an organ through an abnormal opening in the wall of its containing cavity. Hernia genesis involves complex pathophysiological,...
Read more
Good Living

Age is the single most important factor affecting the woman’s fertility and her chances of having a child. We have to understand a fact...
Read more
Good Living

Tooth sensitivity is often caused by eating or drinking something hot, cold, sweet or acidic. Under normal conditions, the underlying dentin of the tooth...
Read more

Minister of Interior, General Shaikh Rashid bin Abdullah Al Khalifa, today received some new officers who took the oath in front of him. Chief of...
Wheels and Gears

The Aga Khan Award for Architecture announced the selection of Her Excellency Shaikha Mai bint Mohammed Al Khalifa, President of the Bahrain Authority for...
Inside Bahrain

Raed Raffii and Raed Himmo shared the spoils for the second successive week of racing in the 2020/2021 BIC 2,000cc Challenge, held over the...
PR This Week

Bahrain International Circuit (BIC) continues its busy start for 2021 as it hosts the first Open Track Day of the new year on Saturday...
Sports This Week

The preliminary course in Olympic equestrian games which was organised by Bahrain Royal Equestrian and Endurance Federation (BREEF)  for equestrian sports' trainers came to...
Inside Bahrain