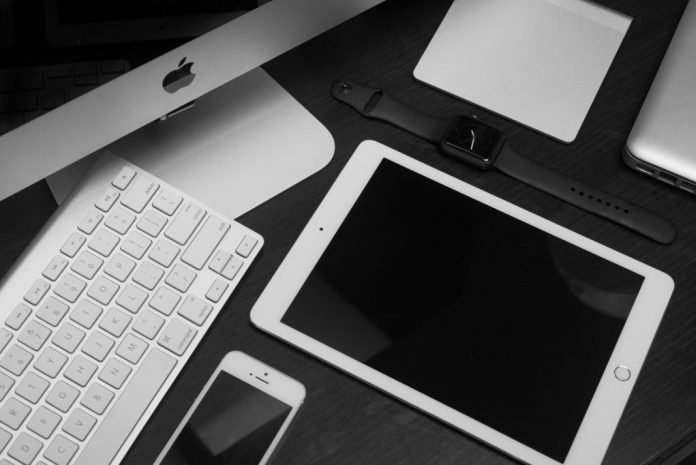 it’s time for Apple to give the world a look at what it’s been up to and what we should expect from the iPhone, the Mac, and everything in between in the months to come.

Apple will kick off this year’s Worldwide Developers Conference with a keynote presentation where, like every year, the company’s top executives will take the stage to talk about their next big releases. Traditionally, WWDC has been a software show, with a heavy focus on iOS and macOS (and, recently, tvOS and watchOS as well). But this year, there have been rumblings that we should expect some hardware news too — including at least one brand new product — which could make the event even more interesting than usual.

Here’s something we can expect in pretty good confidence: Apple will announce the next iterations of iOS, macOS, tvOS, and watchOS. All four of Apple’s big platforms are on yearly release cycles, with announcements in June, developer previews shortly thereafter, and public releases in the fall. This year shouldn’t be any different.

But what should we expect from each of them? That’s where it gets a bit trickier.

iOS design updates: iOS 11 would have “an updated user interface,” though it didn’t offer any details beyond that. One possibility: Apple appears to be working on a “dark mode” for the entire operating system, which changes most backgrounds from white to black. That wouldn’t just be for visual flair. If Apple introduces an OLED iPhone, as it’s rumored to this fall, a dark mode would save battery by letting the screen keep more pixels turned off — much like what the Apple Watch does.

More stylus support: we may see updates for the iPad based around the Pencil. Apple might update its apps, like Mail and Safari, to allow the stylus to be used for annotations. It could even go further, mimicking the kind of mark up anything-and-everything abilities that Samsung has given its S Pen styluses

Pro iPad features: There’s a lot Apple can do to improve the iPad’s multitasking to really offer a pro experience on the iPad Pro; a native version of this this drag-and-drop feature would be a good start.

Lots of app updates: Apple’s other big story is likely to be app upgrades — looking back to last year, some of iOS’s biggest changes came through apps like iMessage and Photos. It’d be surprising not to see Apple continue that push this year, especially with how successful its changes to iMessage have been.

A way to pay your friends: Apple has been weighing a peer-to-peer payments service that would compete with the likes of Venmo and Square Cash, but it’s unclear whether that would be a feature of Apple Pay or whether it would exist as a cash-exchange feature in iMessage (or both).

Something to watch in Apple Music: Apple is typically dead quiet when it comes to what it’s working on. Jimmy Iovine, however, is another story. And it seems  that Apple Music will be reworked this year to better feature video.

Siri gets smarter: Apple’s digital assistant has been getting one-upped and lapped and probably three other equivalent sports metaphors in the past couple years. If Apple wants to take on the Amazon Echoes and Google Homes of the world — and it sure sounds like it does — Siri is going to need to do a better jobs of connecting to third party apps and surfacing information for you. It seems likely Apple will start to make more of that happen this year.

Small changes to macOS: Apple hasn’t made big changes to macOS in years (aside from its name), but it’ll certainly keep polishing away and adding new features here and there, with many likely inside Apple-made apps like Mail. Siri was introduced last year, and it could get more powerful this year — last year, it was missing third-party support.

Improvements to watchOS and tvOS: Apple’s two youngest operating systems have been getting very useful and occasionally dramatic changes year to year. There’s no word on what to expect this time around, but it’d be a surprise if we didn’t see Apple keep iterating on the basic experience of using both operating systems. WatchOS still needs work on how it displays apps, and Apple is still figuring out how rework the classic TV guide with tvOS.

Apple talks hardware every now and then during WWDC, and it seems like 2017 is going to be one of those years. Potentially, a big one.

Siri speaker: Apple’s answer to the Amazon Echo and Google Home may well be announced on Monday. What’ll it do? What’ll it look like? Pretty much all of that is speculation for now — there’s even disagreement over whether or not it’ll have a screen.

The speaker is one reason to expect updates to Siri this year, as you can bet that Apple will want to let app developers take advantage of this new device. (It’s unveiling the product at a developer conference, after all.) You can imagine Apple adopting a similar model to how it distributes apps for watchOS, where developers can build Siri features into their core mobile app.

There are a few basic details we do know so far,Apple has started manufacturing the speaker and that it’ll feature “virtual surround sound” to provide better audio quality. It’ll also function as a hub for HomeKit, Apple’s smart home system. That’s likely to be a highlight for the product.

A new iPad size: This one seems a little bit less certain, but the reliable Apple analyst Ming-Chi Kuo says that Apple’s been working on a 10.5-inch iPad Pro and will likely introduce it at WWDC. The new model is supposed to be about the same size as the existing 9.7-inch iPad Pro, but it’ll be able to fit a larger screen by narrowing down the device’s bezels. WWDC would be unusual timing for an iPad Pro launch, but Apple released a surprise update of the standard iPad in March, so perhaps it’s just putting them out as they come.

Updated MacBooks and MacBook Pros: Nothing major here, but it’s time for Apple’s laptops to get some spec bumps. Intel has a new line of processors out — Kaby Lake — and Apple should update its laptops to support them, offering a little bit more power and little bit more battery life. There’s also rumors that the MacBook Pro could get an option for more RAM, though that might still be down the road.

What we (probably) won’t see: iPhones are off the table. iMacs could use new processors, but there’s no word on that yet. And while Apple has promised a new Mac Pro, that likely isn’t arriving until at least next year. It’s always possible Apple will talk about its plans for a new pro machine, but a release is a long ways out. The Apple Watch will likely be updated this fall; and while a 4K Apple TV is said to be in the works, there’s no sign it’s coming this month.