Notice: Trying to get property of non-object in /home/bahrainthisweek/public_html/wp-content/plugins/wordpress-seo-premium/frontend/schema/class-schema-person.php on line 152

Notice: Trying to get property of non-object in /home/bahrainthisweek/public_html/wp-content/plugins/wordpress-seo-premium/frontend/schema/class-schema-person.php on line 230

Notice: Trying to get property of non-object in /home/bahrainthisweek/public_html/wp-content/plugins/wordpress-seo-premium/frontend/schema/class-schema-person.php on line 236 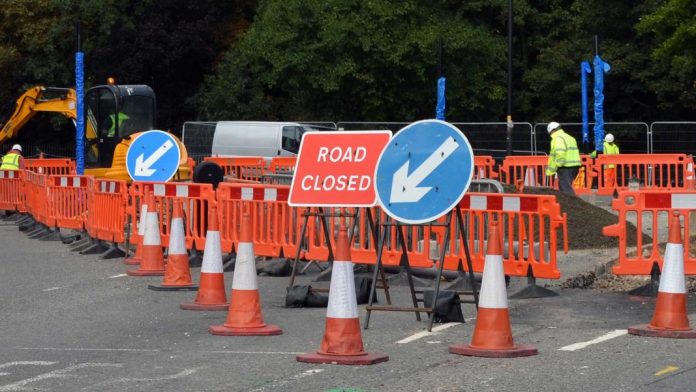 WHEN THERE ARE ROAD WORKS AHEAD

There are occasions when, unexpectedly, a driver might encounter road works ahead. These could vary in nature. The Works Department might be adding an extra lane necessitating the breaking up of a footpath, a fresh coat of coaltar or macadam might be in the process of being laid, or a road might be in the process of being dug up to lay a sewer line where none existed or to repair an old one. Or maybe it is just a matter of repainting the markings on the road.

Whatever it is, the result is a little chaos on the road, a little inconvenience, a roadroller blocking the way here, a heavy-duty digger creating noise there. And most of all the red-and-white ribbons or cones or plastic walls blocking off access to particular lanes.

A driver needs to be very careful while crossing such a zone. Since the Works Department puts up notices to alert drivers well before the affected areas it is better to join the queue in the correct lane which will not necessitate switching of the lane further on. However, human nature being what it is, the tendency among the ‘clever’ drivers is to rush across the empty lane so as to reach the end of it in a jiffy and then manoeuvre their way into the correct lane at the point where the two lanes merge thanks to the red-and-white plastic cones. This amounts to bad manners.

In fact quite often there are scrapes and vehicles bump into each other when the driver in the proper lane with the right of way refuses to entertain an interloper while the latter is hell-bent on jostling his way in. No, one must never switch lanes to overtake a queueing traffic.

At the same time one must slow down as one approaches the road works, more so if there are motorcyclists too in the fray. Remember that in case there are heaps of debris or dug-up material or mud along the passageways and lanes a motorcyclist or a cyclist is more in danger of skidding and losing balance [being a two-wheeler] than a car. So out of courtesy, take extra care when you notice them approaching and give them the way and try to steer clear of them.

Once you actually enter the single lane you
have to be careful on two counts. While remaining
at slow speed, you should then also maintain more-than-normal distance between your vehicle and the one ahead of you so that if the traffic – or the vehicle ahead – come to a sudden stop due to any roadworks-related eventuality, you are well-cushioned against
a bump.

And finally, do not hazard throwing curious glances on the work in progress on the road. The labourers at work often do an utterly mundane even if useful work and do not perform magic tricks which you might miss out on. So keep your eyes on the road and the vehicle ahead and do not get distracted. Because, as they say, distraction is the mother of
an accident.

The Lost Paradise of Dilmun (LPOD) water park Bahrain has scooped the 'Brand of the Year' 2019-2020 at the World Branding Awards in London. The...
Read more
Yoga

As part of its ongoing co-operation and strong bilateral relations, a delegation from the Ministry of Education visited Ebrahim K. Kanoo Managing Director, Mr....
Wheels and Gears

The latest Diner Amical of the Bahrain Chapter of The Chaine des Rotisseurs was at the Fine Cafe, Reef Resort, Bahrain. On Thursday 12th...
Inside Bahrain