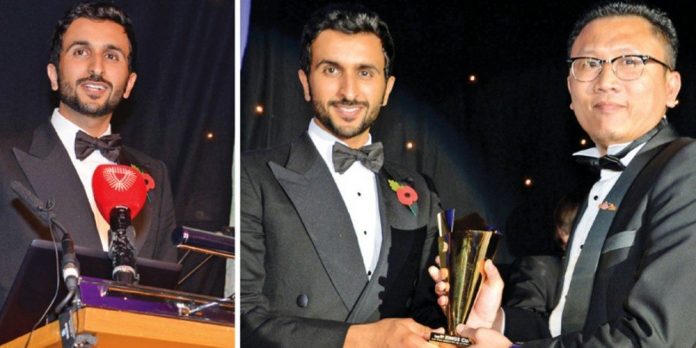 Where Knowledge is Truly Recognised

The Arab world had been known since ages for its acceptance and support to the innovations and scholarly creations across the globe. The golden age of Islam had seen many inventions being added to the world knowledge repository from our region. In today’s world these inventions are inevitable as they became the base for many of the new age creations that allows our everyday life go around smoothly. Bahrain is taking a new place in the charts with the launch of HM King Hamad International Award for Invention and birth of world’s first embassy of inventions here within our Kingdom.

The announcement of this international milestone was made at the fourteenth anniversary of the British Inventions Show at the British Capital by His Highness Shaikh Nasser Bin Hamad Al Khalifa, His Majesty the King’s Personal Representative for Charity Work and Youth Affairs, Supreme Council for Youth and Sports Chairman and Bahrain Olympic Committee President during the launch of HM King Hamad International Award for Invention, the first of its kind in terms of content and noble objectives.

The King Hamad International Award for Invention is in recognition of the prominent role that HM the king has in supporting and motivating creativity and inventions in an innovative manner from inventors as a service for the well being of mankind. HH Shaikh Nasser Bin Hamad Al Khalifa also added that HM the King is a great supporter of scientific works and inventions which was evident in his directives to sponsor the British Inventions Show. This award is introduced into the world to create a platform for innovative minds across the globe and showcase their creative talents. The award which is made of solid gold will be given to the winners in consultation with international scientific institutions. This will enable a channel of communication between international scientific institutions to be aware of the new inventions and their impact in science and to support inventors.

“In a world that seeks to shine the brightest line on what divides us, be it borders or ideologies, it is important to look towards what unites us as human beings, I continue to have hope for a better future for our children and ourselves, in a world where we celebrate the power of a great idea and the potential of a creative mind.” HH Shaikh Nasser said, who was honored as an innovative leader as an appreciation of his role in supporting inventors from all over the world and his remarkable contributions for the success of the show at the ceremony in the British Capital.

More than 170 participants from various countries across the continents this year took part in the Show.
International figures and Bahrain’s Ambassador to the United Kingdom were among the guests who attended the ceremony. In his speech, HH Shaikh Nasser also announced the creation of the world’s first Embassy of Invention in Bahrain, which will be in partnership with the British Inventors Society. This milestone stems from His Majesty King Hamad bin Isa Al Khalifa’s goal to make the Kingdom of Bahrain an international platform of global innovation where exciting ideas can be encouraged and seen to fruition in an institution that supports creativity and exploits human potential.

This Embassy of Inventions will seek to create an environment of innovation by becoming a hub where inventors and innovators can come together and develop their ideas. Additionally, this institution will concentrate on supporting the youth and encouraging them on their journey of discovery. Inventors will have access to specialist support, from designing to prototyping, commercial appraisal and investment, to name a few. The aim is to encourage a culture of innovation in the Kingdom of Bahrain that will serve as a global blueprint for years to come.