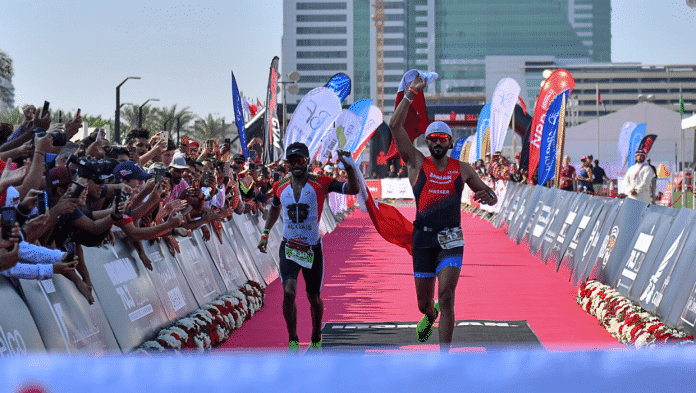 HH Shaikh Nasser bin Hamad Al Khalifa, Representative of His Majesty the King for Charity Works and Youth Affairs, National Security Advisor and Chairman of the Supreme Council of Youth and Sports expressed his utmost thanks and appreciation to HM King Hamad bin Isa Al Khalifa, the King of the Kingdom of Bahrain for honouring the Ironman Middle East 70.3 Championship with his presence which confirms his support and backing to the sports activities that are organised on Bahrain’s soil and reflects the development of the Kingdom in the bright era of HM. He pointed out that HM’s attendance to the event and cheering the participants at the finish line as well as crowning the winners represent the biggest support to the Kingdom of Bahrain’s sports.

“It’s a great honour for us to receive the medal of the Ironman Middle East Championship 70.3 from HM the King at the finish line. It’s a source of motivation for every sportsperson to produce their maximum efforts towards upgrading and improving our sports in line with HM’s vision. It’s worth noting that HM the King crowned his Shaikh Nasser with the Ironman Middle East Championship after finishing its three stages in 04.06.51 hours, a time which confirms the high capabilities of HH in the ironman sport. 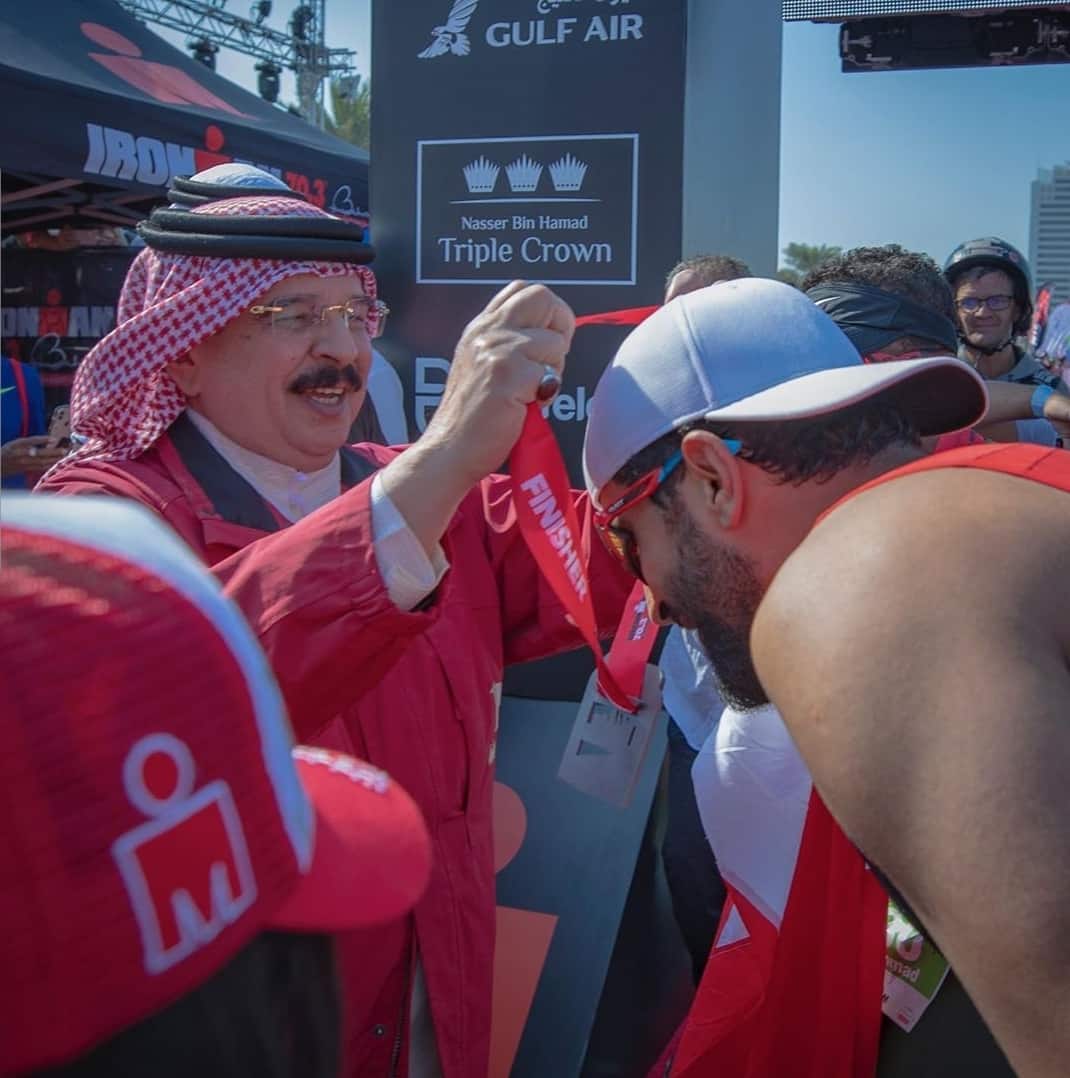 HH Shaikh Nasser revealed that he was very close to setting a new international time record, stating that he was only two minutes away from it in the cycling race. “I spent much energy in the swimming race and this impacted my performance in the cycling race. I came close to breaking the international time record which I set in Bahrain. I promise you that I will break this time record like I lived up to my promise to win the World Championship in Kona,” HH Shaikh Nasser explained.

Besides, HH Shaikh Nasser stated that the Ironman Middle East 70.3 Championship has been always filled with excitement and incredible challenge thanks to the wide-ranging presence of elite participants from Bahrain and abroad. “I wanted to take part in the event to shed further lights on it from the technical level and confirms Bahrain’s support to it. The event was a huge success and the competition was at its highest level among all the triathletes who doubled their efforts to win it,” HH Shaikh Nasser said.

Furthermore, HH Shaikh Nasser praised the organisation level of the event, hailing the Organising Committee members for working tirelessly to make the event a tremendous success. It’s worth noting that HH Shaikh Nasser bin Hamad Al Khalifa completed the swimming race in 29.39 minutes, the cycling race in 2.00.20 hours and the running race in 1.30.43 hours.

Meanwhile, Bahraini triathlete Mohammed Isa Al Ghais finished first at the GCC level after clocking 3:56:44 hours. He finished the swimming race in 29:39 minutes and the cycling competition in 2:32:33 hours. He completed the running race 1:30:43 hours.

“I am with this achievement which came thanks to the support of HH Shaikh Nasser bin Hamad Al Khalifa. This backing has encouraged me to give my all,” Al Ghais said after this event.

As events across the globe have been postponed due to spread of Coronavirus (COVID – 19), BRAVE CF was also proactive in postponing their...
Read more
Sports This Week

BRAVE Combat Federation, the biggest sports property in the history of Bahrain, has launched an awareness campaign to combat the spread of Coronavirus worldwide,...
Read more
Sports This Week

His Highness Shaikh Isa bin Abdullah Al Khalifa, Chairman of the Royal Equestrian and Endurance Federation, expressed his appreciation to the technical and administrative...
Read more
Sports This Week

The National Bank of Bahrain (NBB) has announced that it is has extended its support to its Commercial and SME customers impacted by the...
Read more
Management Principles

Skiplino announced that it will offer its award-winning contactless mobile queue solution free-of-charge for 6 months to all Government Agencies, Hospitals and Medical Centers...
Sports This Week

As events across the globe have been postponed due to spread of Coronavirus (COVID – 19), BRAVE CF was also proactive in postponing their...
Entrepreneurial Journey