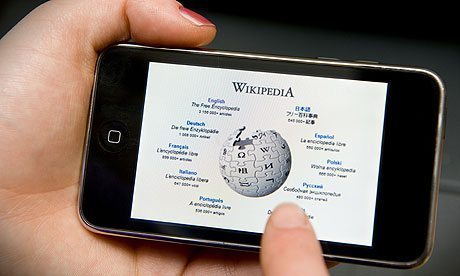 Wikipedia links can be previewed in its mobile app

Starting today with the Wikipedia Android app, with the iOS incarnation to follow, the omnipresent online encyclopedia now offers link previews so you can get the gist of each article that’s linked. If you like what you read based on the snippet, you can click through to read the article in full. It’s basically designed so that you don’t have to keep clicking back and forth between articles, while still giving you a basic understanding of related topics.

This feature already exists in a third-party Wikipedia iOS client called Wikiwand, and the implementation is something similar in the official version, though here you can also save pages for offline access. The Wikipedia desktop Web app has offered a beta feature known as hovercards for a while, which is a similar idea — you hover your cursor over a link, and a little box pops up with a snippet of the content.

Wikipedia has been much more focused on mobile of late — earlier this year the Wikipedia mobile app took a more visual approach with a focus on photos, and it later sought to make Wikipedia articles more shareable by letting you highlight a specific piece of text and share it on social media embedded within an image