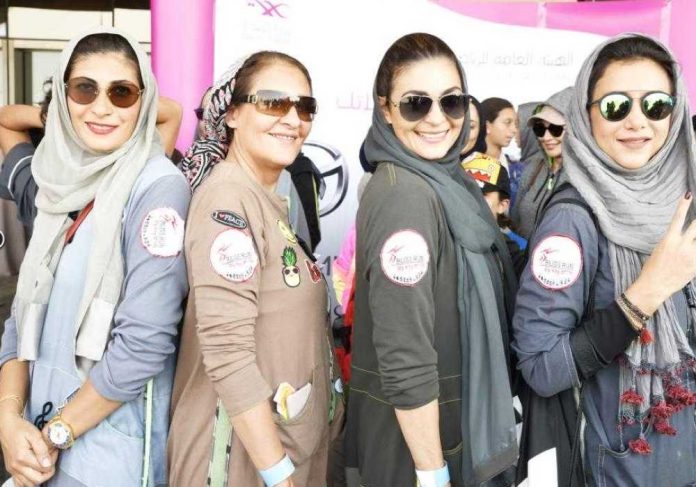 A Historic Day For Women In Saudi Arabia

The Al-Jowhara stadium played host to an all-women basketball tournament in support of the Breast Cancer Awareness Campaign.

“The tournament was a great initiative to encourage more women to participate in sports. This huge turnout of women spectators is a big encouragement for us to organize more such events in the future” said Shoura Council member and co-founder of Jeddah United Basketball Team, Lina Almaeena.

The tournament featured six teams alongside other sports activities which was an initiative of Jeddah United Basketball Team and Sadad Basketball Team with the cooperation and support of the Ministry of Health and the General Authority for Sports.

“Different sectors participated in the organization of the sporting event. The money will also fund a breast cancer awareness campaign among women under 40 years of age in the Kingdom who are becoming increasingly vulnerable” said Almaeena.

This was an ‘only women & children’ social event organized by women for women to give them the chance to cheer their favorite teams.

The Basketball indoor court at Al-Jowhara Stadium sent out a message loud and clear: Women empowerment was no longer a topic of discussion but a ground reality.