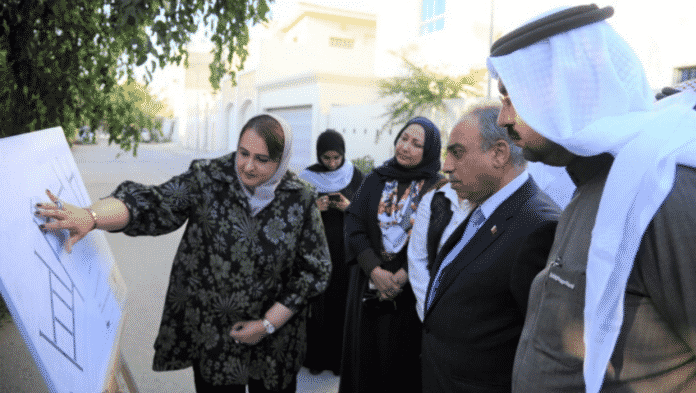 The projects aim to improve the quality of municipal services across the kingdom. It will contribute to achieving the goals of the comprehensive development march spearheaded by His Majesty King Hamad bin Isa Al Khalifa.

In this regard, Works, Municipalities Affairs and Urban Planning Minister, Essam bin Abdulla Khalaf, paid an inspection visit. At the Block 360 roads development project in Zinj, along with MP Ahmed Al-Salloum.

It also includes paving the 6021, 6017 and 6018 roads. In addition to providing low sidewalks and installing road signs to ensure traffic safety.

The minister added that the project had been put out to tender by the Tender Board at a cost of BD 707,196. The procedures are being taken to award the project in preparation for the start of the implementation process.

Meanwhile the Avenue 66 development project and the addition of parking lots in the available spaces are still under study.