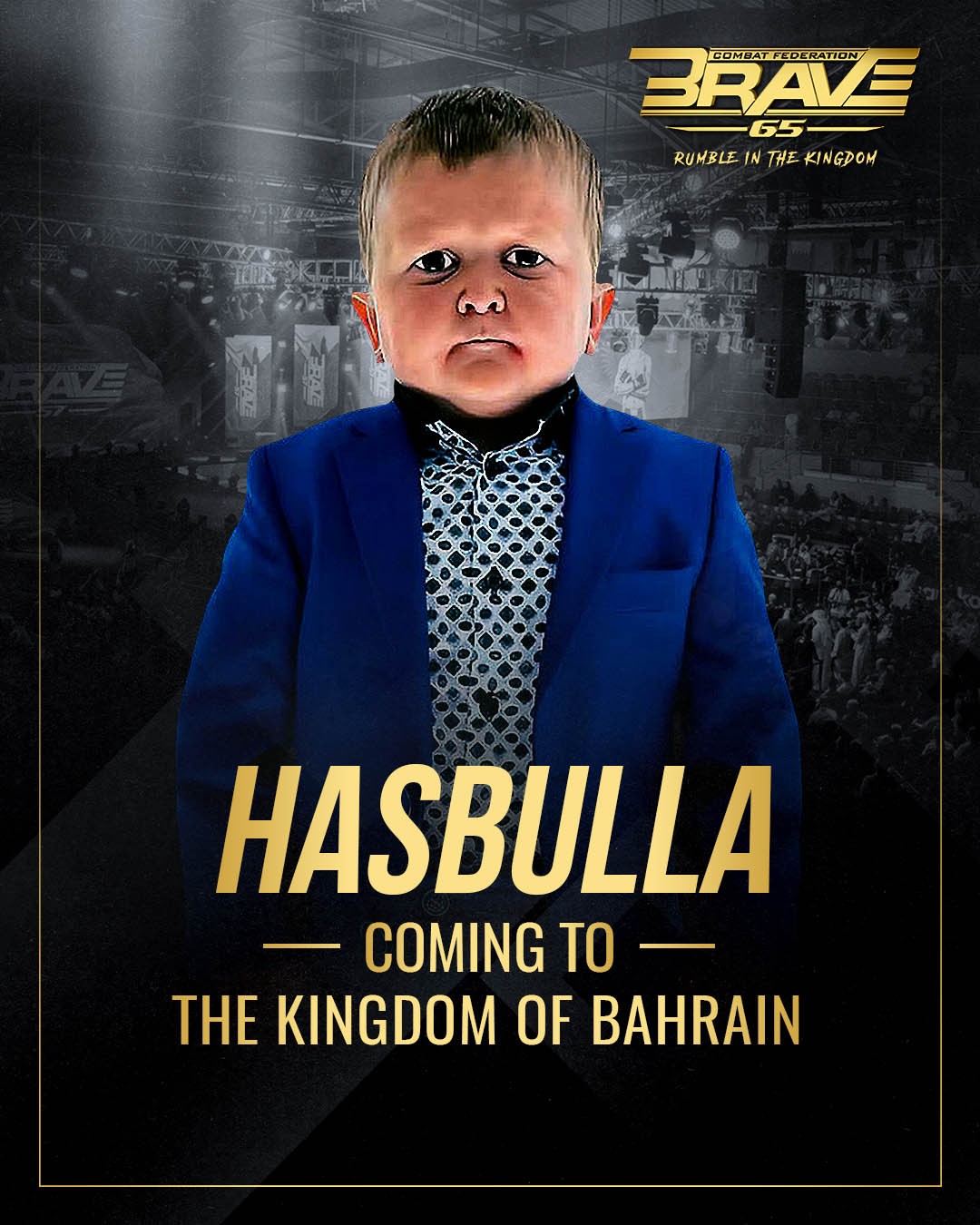 BRAVE Combat Federation’s Kombat Kingdom series has hosted international movie stars, esteemed dignitaries and world-renowned sportsmen and women from across the globe. This week, in the final leg of the three-part mixed martial arts festival, BRAVE CF will welcome one of the “biggest” social media sensations yet when Hasbulla Magomedov, more affectionately known as Hasbulla, attends BRAVE CF 65: Rumble in the Kingdom.

The social media phenom has announced through his profiles and through BRAVE CF profiles that he will be in Bahrain on the 28th of October as a special guest for BRAVE Combat Federation’s final Kombat Kingdom leg, which is headlined by the return of Bahraini superstar Hamza Kooheji.

The social media star who has taken the world by storm over the last few years and has crept into the hearts of millions of fans and followers via his posts on Instagram and TikTok. He has garnered in excess of two millions followers thanks to his pranks and parody videos in which he’s often seen practicing and ‘sparring’ with MMA fighters. His love for combat sports and for mixed martial arts in particular has seen him strike a friendship with the likes of Khabib Nurmagomedov, as well as BRAVE CF Super Lightweight champion Eldar Eldarov, who will be one of the hosts for Hasbulla in Bahrain.