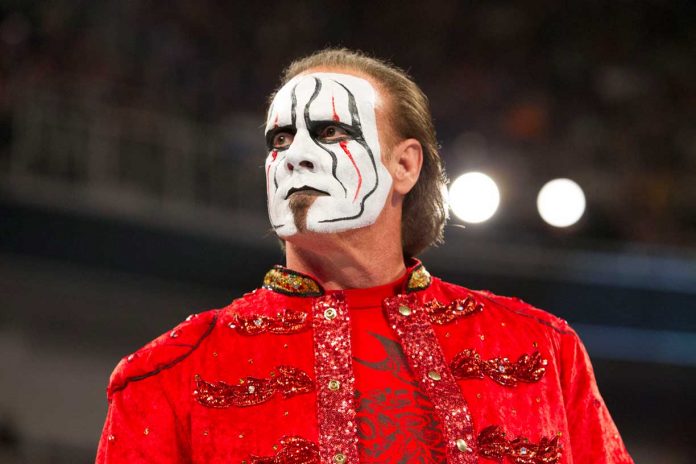 2K, in partnership with local distributor Red Entertainment, today announced the official launch event for WWE® 2K18 in the UAE on October 17th from 7pm at Virgin Megastore, Mall of the Emirates, Dubai. The event will feature a special guest appearance by WWE Hall of Famer Sting and be hosted by Virgin Radio’s very own DJ, Kris Fade.

Often dubbed as “The Franchise of WCW,” the man called Sting is one of the most recognizable and unique faces in sports entertainment history. It was this distinction that made him the backbone of the Atlanta-based organization throughout the late 1980s until the end of WCW in 2001. Sting made his much-anticipated WWE debut during the main event of Survivor Series in 2014, kicking off a rivalry that saw him face Triple H at WrestleMania 31 before challenging WWE 2K18 cover star Seth Rollins for the World Heavyweight Championship. No stranger to the WWE 2K franchise, Sting was also featured as the WWE 2K15 pre-order focus playable character.

The forthcoming release in the flagship WWE video game franchise, WWE 2K18 is bigger than ever, boasting the largest playable roster in WWE games history and including five different versions of Sting from throughout his career. The Season Pass and downloadable content offerings will include additional playable WWE and NXT® Superstars, including fan favorites The Hardy Boyz; a host of new in-game moves; and access to both unlockable content and player progression features.

Anyone who purchases the WWE 2K18 Deluxe Edition will have access to all Season Pass content.  The content will also be included for those who purchase the WWE 2K18 Cena (Nuff) Edition of the game, which is available in the UAE exclusively at Virgin Megastores. Packed with an impressive collection of exclusive memorabilia and digital content, the offering will celebrate the 15-year career of WWE Superstar John Cena while paying homage to his distinct position as WWE’s most polarizing personality.

“WWE Universe in the Middle East are some of the most passionate fans in the world,” said Sting. “I am looking forward to visiting Dubai and celebrating the launch of WWE 2K18 with them.”

Developed collaboratively by Yuke’s and Visual Concepts, a 2K studio, WWE 2K18 is rated PEGI 16. WWE 2K18 is currently scheduled for worldwide release on October 17, 2017 for the PlayStation®4 computer entertainment system, Xbox One and Windows PC, as well as in Fall 2017 for Nintendo Switch™.

A busy academic year ahead, compounded with the pressures of maintaining social distancing, may find some students feeling overwhelmed. Such challenges have been a...
Read more
Inside Bahrain

Bahrain’s own Hamza Kooheji earned perhaps the biggest victory of his career as he walked away with a split decision win over Aidan James,...
Inside Arabia