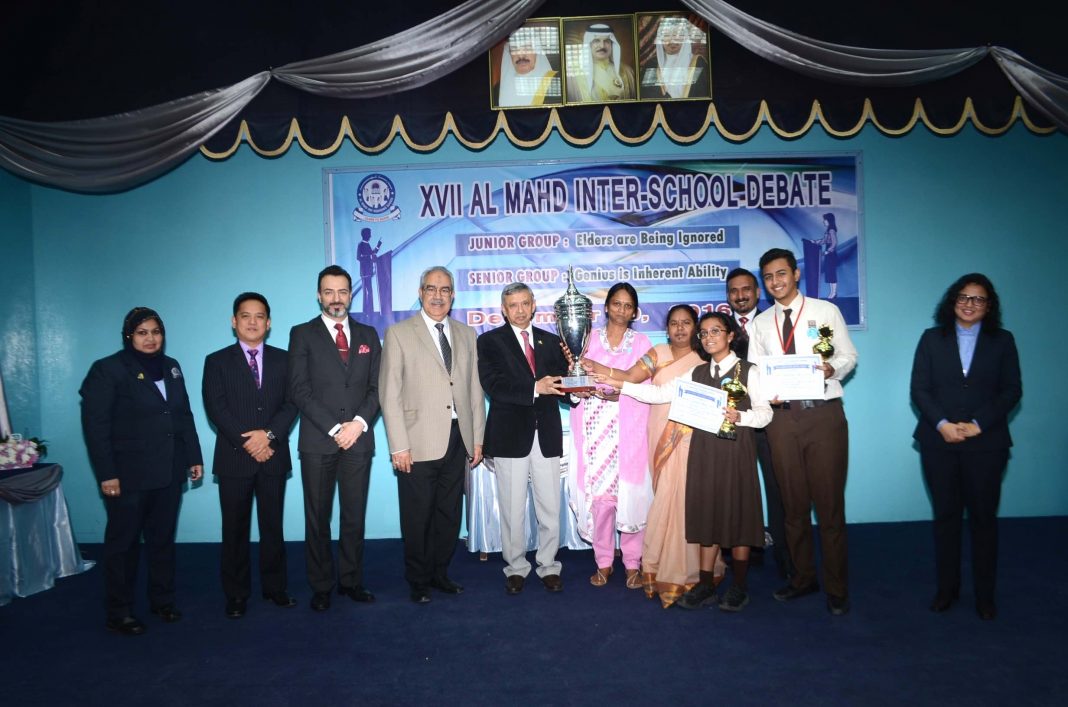 Twenty-six participants from eight top private schools of Bahrain, including the host school, hotly debated on the topics:

JUNIOR GROUP :  Elders are being ignored

The school Managing Director, Mr. H. G. Sharma, welcomed the gathering. He underlined the importance of public speaking for pupils and wished best of luck to all participants. He handed over the rolling trophy & prizes to the winners. He thanked all for their cooperation.

The following were the winners: