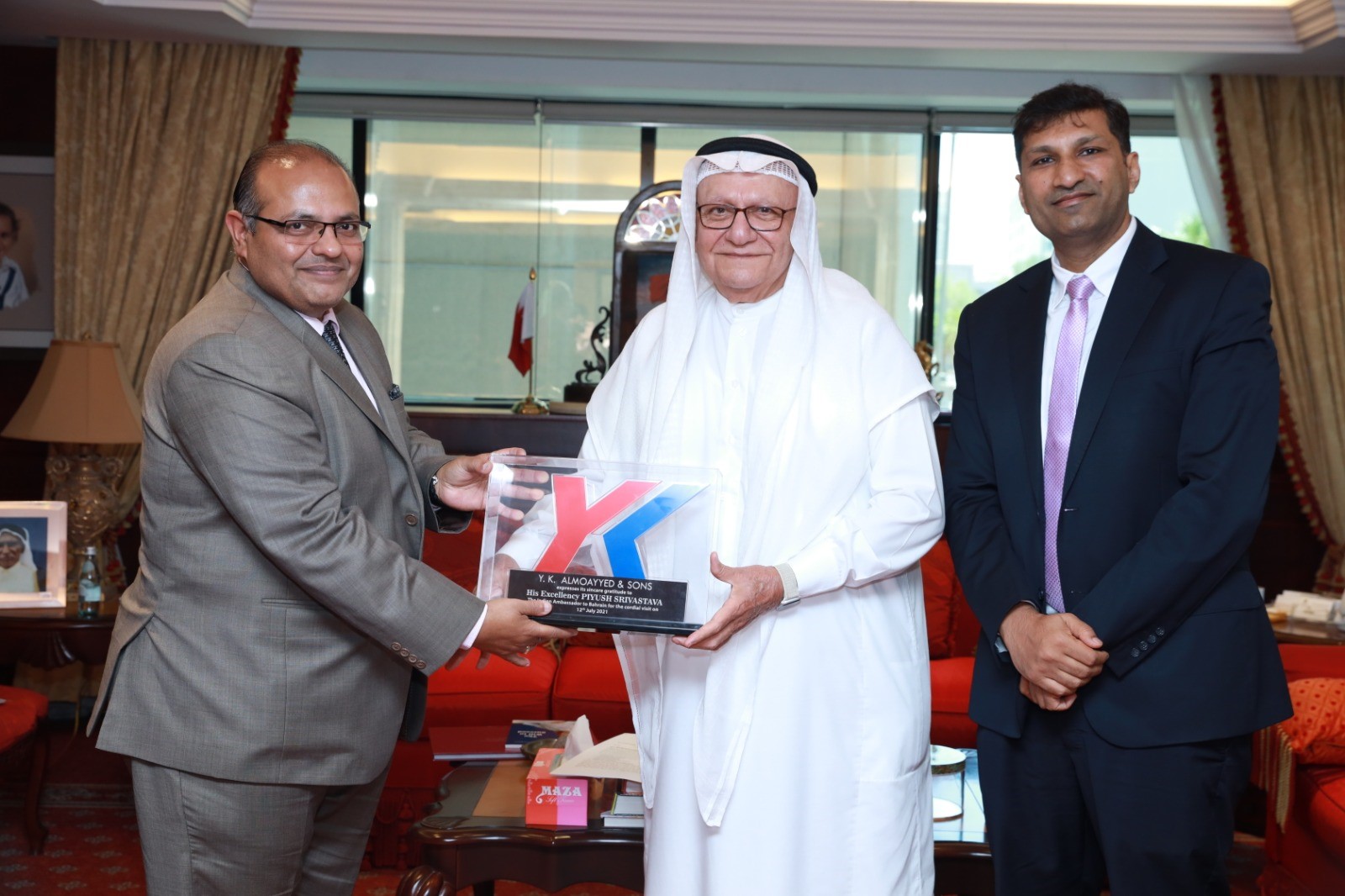 The Chairman of Y. K. Almoayyed & Sons, Farouk Almoayyed and Chief Executive Officer, Alok Gupta received His Excellency Piyush Srivastava, the Indian Ambassador to Bahrain at the company’s head office in Manama. During the meeting, the ambassador was briefed on the historical ties between Bahrain and India and in particular those of Y. K. Almoayyed & Sons and its founder, the late Yousif Khalil Almoayyed who had established trade links with India which date back to the 1930s. Currently the group represents several reputed brands from India such as Ashok Leyland, MRF Tyres, Jindal Saw Ltd., Jaquar bath fittings which have been well received in both the public and private sectors in Bahrain. His Excellency was also apprised on the contributions of Indian professionals who have been serving the group since its inception.

The Indian Ambassador expressed his gratitude for the warm reception and offered to provide the necessary support to further enhance the strong trade links between the two countries. He also extended an invitation to the Y. K. Almoayyed & Sons directors and its management to visit the new Indian Embassy premises in Seef.