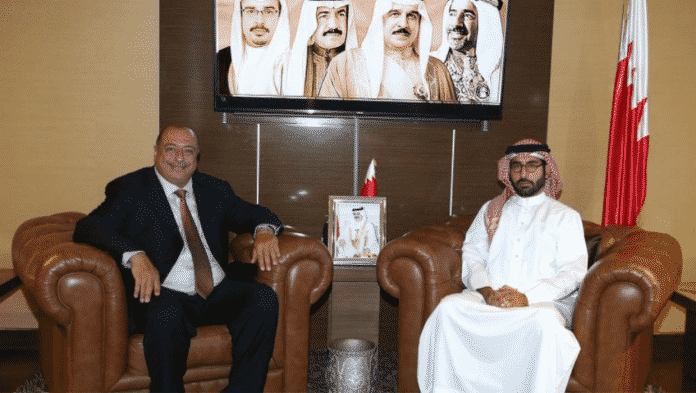 The minister congratulated Kazerooni on his appointment by His Majesty the King as SCYS member, wishing him success towards achieving the vision of His Majesty’s Representative for Charity Works and Youth Affairs, Supreme Council for Youth and Sports Council (SCYS) Chairman and Bahrain Olympic Committee (BOC) President His Highness Shaikh Nasser bin
Hamad Al-Khalifa.

The minister discuss with Kazerooni proposals aimed at developing administrative and technical work procedures in the sectors of youth and sports sectors, as well as ways of implementation of the national initiative “Istejaba”, which was launched by HH Shaikh Nasser bin Hamad Al-Khalifa.

These days, our smartphones are much more than just phones. We rely on them for work, leisure, directions and many more important aspects of...
Beauty

The Bahrain X-raid team has claimed victory at the Middle East’s first Dakar Rally. The route of Dakar 2020, hosted by Saudi Arabia, traveled...
PR This Week

Google is “previewing” a new feature here at CES for the Google Assistant on Android phones that turns it into a supercharged screen reader....
Beauty

Dry skin and winter season are quite the duo and there are mistakes that can make our skin worse. Here’s a guide to understand...
Management Principles

Artificial Intelligence has been the technology story in Bahrain and round the world during 2019 and it doesn’t look like the excitement is going...
Wheels and Gears

The latest Diner Amical of the Bahrain Chapter of The Chaine des Rotisseurs was at the Fine Cafe, Reef Resort, Bahrain. On Thursday 12th...
© GO ALIVE MEDIA
MORE STORIES