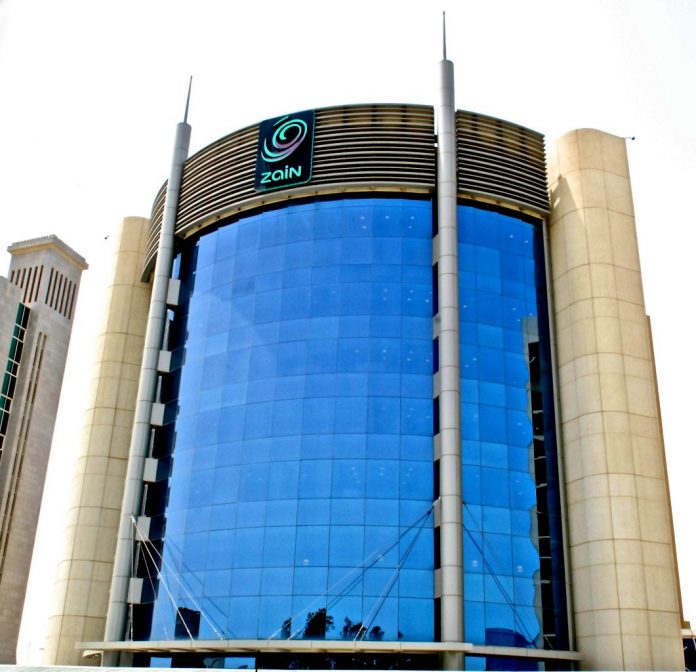 Zain Group, a leading mobile telecom innovator in eight markets across the Middle East and Africa, announces its consolidated financial results for the year 2016, and fourth quarter ended 31 December, 2016. Zain served 47 million customers at the end of 2016, reflecting a 3% increase year-on-year (Y-o-Y).

For the full-year 2016, foreign currency translation impact, predominantly due to the 60% currency devaluation in Sudan from 6.4 to 15.9 (SDG / USD) in the beginning of November 2016, cost the company USD 92 million in revenue, USD 38 million in EBITDA and USD 44 million in net income.

The Board of Directors of Zain Group recommended a cash dividend of 35 Fils per share subject to the Annual General Assembly and regulatory approvals.

Specifically, for the fourth quarter of 2016, currency translation impact cost the company USD 83 million in revenue, USD 33 million in EBITDA and USD 42 million in net income, again predominantly due to Sudan currency devaluation from 6.4 to 15.9 (SDG / USD), a 60% decrease.

Commenting on the results, the Chairman of the Board of Directors of Zain Group, Mr. Asaad Al Banwan said, “The Board is pleased to record relatively stable financial results; an achievement by the management given the many socio-economic challenges facing all our operations. The currency issue in Sudan in the last quarter of 2016 had an adverse impact on the results, as did the settlement of cumbersome litigation in Iraq that resulted in a payment of USD 93 million. Nevertheless, we draw confidence from both the freeing of our cash deposits in Iraq and the favorable gesture by the Saudi leadership in extending our license in the Kingdom by an additional 15 years, which had a positive impact on the operation’s financials and growth strategy.”

The Chairman continued, “We have invested significantly in 3G / 4G network expansion upgrades across all our markets in order to improve the mobile experience for our customers. Our investments in capital expenditure reached USD 635 million (excluding Zain Saudi Arabia), which represents 18% of our revenues, reflecting Zain’s commitment to innovation and quality of service. I remain proud that we have been able to maintain our leadership position in the majority of the markets we operate in, testament to our valued brand reputation and attention to customer service. The Board is working closely with the executive management in driving the business forward and we shall continue managing the highly volatile environments we face in an efficient and effective manner.”

Zain Group CEO, Scott Gegenheimer said, “Considering the sound operational progress and transformation we have undertaken across all our markets, it’s unfortunate that exceptional circumstances such as the currency issue in Sudan and the tax settlements in Iraq affected our financial performance, as it would have otherwise been very positive. Nevertheless, we are pleased with the progress of our cost optimization initiatives have had in driving efficiency, resulting in an impressive 47% EBITDA margin for the year.”

Gegenheimer continued, “We are delighted by the success of our data monetization and Enterprise (B2B) initiatives across our operations, both of which are fast-growing and profitable business areas. During 2016 in key operations, we built-up dedicated B2B business units and premium B2B care models, installed state-of-the-art IoT/M2M platforms as well as developing new service propositions for Small Medium Enterprises and small home offices, leading to high-double digit sales growth. We are excited by the enormous potential that B2B offers and will continue to invest in and develop this strategic area of the business.”

The CEO concluded, “Our strategic investment in smart city solutions are starting to reap benefits and we expect exponential growth in this lucrative key area. We are committed to our strategy that will leverage our strengths, including our people, brand, customer experience, cutting edge technology innovations, and geographic coverage in our bid to become a diversified and innovative digital lifestyle operator.”

Operational review of key markets for the 12 months ended 31 December, 2016:

Iraq: The exceptional circumstances facing the operation plus the negotiated settlement of USD 93 million saw Zain Iraq’s financial performance severely affected, with revenues for the full-year reaching USD 1.1 billion, a decrease of 11% Y-o-Y, with EBITDA reaching USD 394 million, down 18%, with a net loss of USD 5 million, down 104% Y-o-Y. EBITDA margin stood at 36%, and with the launch of 3.9G services at the beginning of the year, data related revenue formed 9% of total revenues, reflecting an annual growth of 21%.

Saudi Arabia: The cost optimization and efficiency drives of the third operator in the Kingdom are taking effect, resulting in a 10% increase in EBITDA to reach USD 479 million, reflecting an EBITDA margin of 25%. For the full-year 2016, the operator recorded a 2% Y-o-Y increase in revenues to reach USD 1.9 billion, with net losses relatively stable to reach USD 261 million. The introduction of the biometric identification requirement during the year adversely affected the total customer base by 10% which stood at 10.7 million customers at the end of 2016. Impressively, the operator witnessed a 36% rise in data revenues (excluding SMS & VAS) Y-o-Y, which represents 33% of total revenues.

Jordan: Despite the intensification of price competition, Zain Jordan managed to increase its customer base by 5% Y-o-Y, serving 4.3 million customers, and maintaining its lead in the market. Y-o-Y revenues increased 5% to reach USD 483 million, with EBITDA reaching USD 240 million, with a healthy EBITDA margin of 50%. Net income reached USD 105 million. With the launch of 4G services, data revenues (excluding SMS & VAS) represented 34% of total revenues, growing by 23% Y-o-Y.

Bahrain: During 2016, Zain Bahrain generated revenues of USD 175 million, down 9% Y-o-Y. EBITDA for the period reached USD 66 million, down 12%, reflecting an EBITDA margin of 38%. Net income amounted to USD 11 million, reflecting a 17% decrease. The operation’s focus on new attractive packages coupled with a totally revamped 4G network in Zain Bahrain, saw a 22% increase in the customer base to reach 971,000 with data revenues (excluding SMS & VAS) increasing 11%, representing 41% of overall revenues.

Four Square Media & Display Solutions Co brings to Bahrain an immersive experience at The Mall of Dilmunia! Four Square was founded in the year...
Read more
Inside Bahrain

The Bahrain Authority for Culture and Antiquities celebrated the World Tourism Day, Sunday, September 27, 2020, with launching the “Made in Bahrain” initiative, and...
Read more