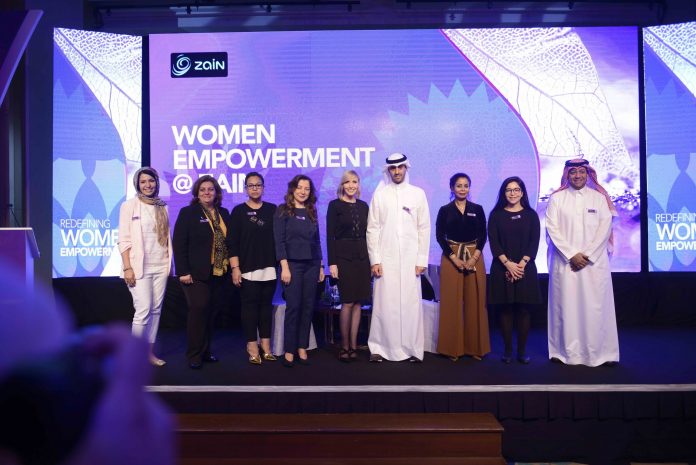 Zain Group, the leading mobile telecom innovator in eight markets across the Middle East and Africa, announces the launch of its all-female empowerment initiative, aimed at achieving gender equality and empowering women in the organization to act, lead, develop, and succeed.

The initiative has been driven by the Vice-Chairman and CEO of Zain Group, Bader Al-Kharafi, who pointed to the fact that today women account for less than 25% of Zain’s workforce; a situation that led him to conclude that decisive action needed to be taken in this area.

While the program has already been running internally at Zain for a few months, it was given its unveiling at an event on 6 November, 2017 at The Symphony Hotel in Salmiya, Kuwait, where approximately 300 of Zain Group’s female employees from across its footprint gathered at a networking occasion. Also in attendance were the CEOs of each Zain operation and their respective HR heads. This meeting is set to become an annual event, geared towards producing an annual, actionable implementation plan for the subsequent year. 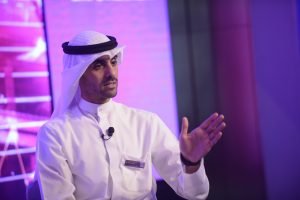 Leadership advisor Connie Dieken led the kickoff program. The founder of Influence 360º, Dieken was recently named one of the world’s Top 10 Executive Coaches and has been honored as one of the Top 10 Female Business Owners in her region in the United States. A former newswoman on two American television networks, Dieken is a five-time Emmy Award® winning journalist and the only woman to have been inducted into both the Radio/Television Broadcasters Hall of Fame® and the Speakers Hall of Fame®.  Ms. Dieken advises leaders at many of the world’s best-known organizations on their influence strategies including Apple, HP, Nestle, and The Cleveland Clinic.

Commenting on the establishment of the Women Empowerment Network, Bader Al-Kharafi, Zain Group Vice-Chairman and CEO said, “I thank Connie Dieken for her sound advice on leadership and inspiring all my fellow Zainers, as the topic of gender diversity has been on our corporate agenda for quite some time and yet, in this region, we can observe only a marginal increase in women occupying senior roles, therefore it is clear something is not working.”

Mr Al Kharafi added, “The talent, creativity, and passion women bring to their roles is undeniable, and I believe developing a program to initiate and measure actual progress achieved in this respect over time will reap benefits not just for women within Zain, but for the organization as a whole. A company cannot be considered progressive if it doesn’t identify and encourage all its various constituencies, and given the massive contribution that women have already made to Zain’s success, I am very excited to see what more can be achieved through the establishment of this empowerment initiative.”

During the meeting, Bader Al Kharafi was interviewed by Connie Dieken where he made several statements and acknowledgements that inspired the 300-strong female audience. “Although females across the region represent the highest ratio of University degrees, however unfortunately this doesn’t translate in the workforce of Zain and other like corporate entities, now it’s time to make the change,” said Mr Al-Kharafi to the applause of the audience.

The Group CEO concluded by saying, “Championing gender diversity at Zain will create competitive differentiation and ultimately improve the company’s bottom line. By implementing a series of targeted initiatives for our female workforce, we ultimately promote economic development for the communities we serve.”

Connie Dieken commented “Zain’s leadership team understands that gender equality drives business growth. As a businesswoman and entrepreneur, I’m honored to be part of a movement giving women in the Middle East the ability to step forward, gain influence, and make their boldest contributions in the workplace.”

Following the hosting of the inaugural Women Empowerment Network event, a heavy baseline of existing data is being undertaken, including a review on all Zain Group-related policies and female-related initiatives; statistics of females in leadership positions, women serving in truly operational leadership roles and identifying common trends and hurdles across the Group.

Zain Bahrain Human Resources Director Dana Bukhammas said: “Zain Bahrain has always valued the hard work and dedication of our female employees and rewarded their efforts, appointing them to positions of leadership ever since its establishment in 2003. These women have attained their positions as a result of their qualifications and the merits of their work. Formalizing a program that recognizes them is an important step in the right direction. I am delighted to see this happen – I hope it positively affects women’s lives and careers, and inspires other companies to follow suit.”