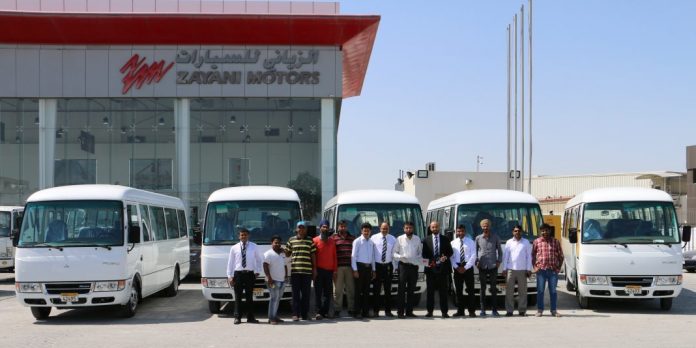 This delivery was part of a deal between Zayani Motors and Global Transport & Tourism, requiring the provision of 15 Mitsubishi Fuso Rosa buses, for the exclusive use of the international airline company Gulf Air.

Zayani Motors had already delivered ten of the required buses, two months prior. This current batch of buses concludes the deal successfully, a testament of the efficiency and reliability of Zayani Motors.

The Mitsubishi Fuso Rosa bus, now in its fourth generation,was launched in 1960. Its ease of transport, safety and comfort has made it the best-selling bus in its class for twelve consecutive years.

Zain Bahrain, a leading telecommunications operator in the Kingdom of Bahrain, fuelled by the passion to empower Bahraini youth with specific skills, recently announced...
Tech