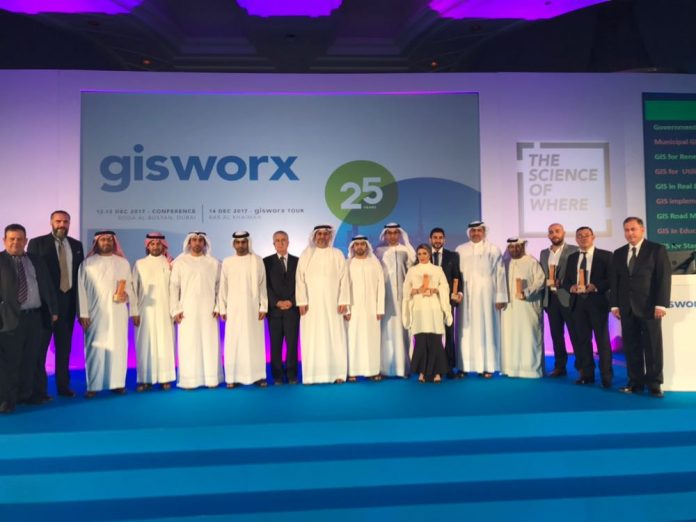 The Information & eGovernment Authority (iGA) won the ‘Excellence in GIS Implementation 2017’ Award for its Tasareeh platform during the GISWORX17 Conference – one of the most significant conferences specialized in the Geographic Information Systems (GIS) field in the GCC region. The conference was held in Dubai between 12th-13th December with the attendance and participation of government leaders, experts and academics from various countries.

On such occasion, Authority’s Systems Development & Maintenance Director Shaikha Manar bint Abdullah AlKhalifa stated that winning this award is a reflection of the successful efforts exerted in developing projects under Tasareeh, which will contribute in securing the infrastructure that supports sustainable economic growth. Winning the award is also a confirmation of the authority’s keenness in creatively providing its services and initiatives that contribute in raising performance and quality of delivered services.

The support of the Deputy Prime Minister, Chairman of the Ministerial Committee for Services & Infrastructure H.E. Shaikh Khalid bin Abdulla AlKhalifa has played a prominent role in the success and development of the project as His Excellency launched, last February, the Tasareeh platform which facilitates the delivery, follow-up and assessment of applications. The project also enabled users to receive automatic notifications via email regarding the progress of the transaction. In addition to the availability of all the services and submission of applications 24/7; with emphasis on indicators of the system and employees’ performance to ensure maximum utilization; along with accelerating the pace of delivering in a record period that reaches 10 days compared to several months in the past -this has resulted in saving more than 90% of time required for completion.

The project was selected amongst the winning project as it links between the strategic objectives of public entities and the procedures as well as services related to IT; raising efficiency of performance and reducing expenses of all government entities; in addition to developing the infrastructure sector in the Kingdom of Bahrain by providing a unified, comprehensive platform to issue all the permits together with licenses related to infrastructure through Tasareeh. 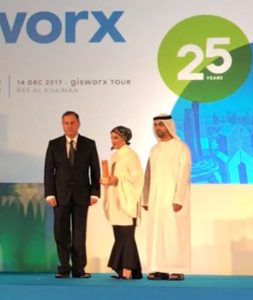 Tasareeh aims at re-engineering all the procedures associated with infrastructure, urban planning, automation as well as adding interconnected systems under its umbrella to replace the manual procedures and update the old systems in this sector. The project is based on the national geographic database that provides a geographical browser which comprise the latest maps and geographical data that are updated on regular basis. It enabled users to directly view the applications on the geographical maps. This has contributed in speeding the process of studying the applications, taking decisions by the concerned entities as well as completing the infrastructure license applications in a timely manner – compared to previously.

Tasareeh platform encompasses more than 25 processes and numerous developed systems out-of-which more than 13 systems have been completed so far and work continuous on developing more. The platform is currently providing its services to more than 30 public and private entities; eliminating the need to visit these entities in order to complete transactions. This year, the platform has achieved a leap in productivity resulting in electronically receiving more than 10,400 applications – 93% have been accomplished. Such figure confirms the increase in efficiency and improvement in employees’ performance by their utilization to such revamped system.

It is worth noting that the award, since its launch in 2007, aims at enhancing innovation and leadership within the GIS field in the GCC region.

In the course of disease outbreaks, swift data sharing is critical as it allows for a better understanding of the origins and spread of...
Read more
PR This Week

Arab Ministers of Social Affairs have praised the procedures taken by the Kingdom of Bahrain to handle the repercussions of coronavirus (COVID-19) pandemic in...
iGA