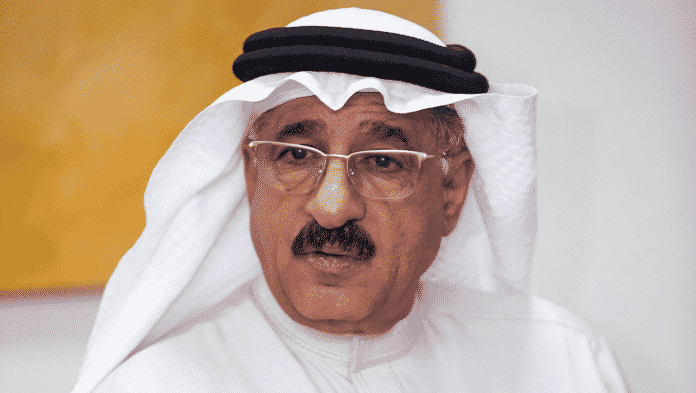 Ahlia University has played a significant role in the education sector of the Kingdom ever since its establishment in 2001. The first private university to be licensed by the Government of Bahrain, the university offers distinct higher education to ensure that science, humanities, business and education take their rightful place in the building and advancement of Bahrain.

Bahrain This Week meets with Prof. Abdulla Yusuf Abdulwahab Al Hawaj, the visionary Founding President, Professor and Managing Director of Ahlia University, who shares his extensive experience and views on the education sector in the Kingdom over the decades.

Can you detail the origin of the first Government licensed Private University in the GCC and the major role it played in the education sector of the Kingdom?

Ahlia University started with the vision to provide quality education for all with the Government and private collaboration. I was working as the Dean of Students and Dean of Registration at the University of Bahrain.

There were limited seats at the Universities and girls scored higher marks than boys. However, many of the girls missed the chance to get admission as the Universities had to keep equal ratio between both genders. Also, students from Saudi Arabia and Kuwait also had difficulties in obtaining admissions.

During one of the conferences at Cambridge University, a great mathematician from Bahrain had detailed similar challenges that he faced to provide quality education for his daughter in the Kingdom. I literally shouted “Eureka”! I visualized how qualified students can study in a foreign university affiliated university than migrating to other countries.

We came back to Bahrain and formulated a committee of educators from Bahrain, Saudi Arabia, Kuwait and U.A.E. to establish the first private university.

I wanted the university to have the support of the Government and private investors for the benefit of our future generations. I also introduced scholarship programs for deserving students to make sure that the university was not reserved for rich students only.

His Majesty King Hamad bin Isa Al Khalifa established the Supreme Committee for the Kingdom National Charter and I was responsible for education in that committee. With His Majesty’s grace, the National Action Charter approved the establishment of private universities in Bahrain on 14th February, 2001.

Ahlia University came into operation on 25th March, 2001 and marked the beginning of a new chapter in the education sector in the Kingdom in affiliation with the global education sector.

Ahlia University will soon be moving into a new location with the great support of His Majesty King Hamad bin Isa Al Khalifa.  His Majesty is pleased with services that Ahlia University has provided to the Kingdom and allocated 100 thousand square feet campus space in the Salman City. The completion of the 1st Phase will accommodate 5000 students and the completion of the 2nd Phase will accommodate more than 10000 students.

As more and new Private universities spring up across the Kingdom, what are the effective measures to be taken to ensure quality education?

The Ministry of Education and Quality Assurance Board are doing great works to ensure quality education in the Kingdom.  There were a gap in understanding each other’s aspiration in the beginning as the Kingdom has a history of public education. However, we are now working with the same vision to make Bahrain as the international hub of education.

We should now look forward to make Bahrain as the benchmark with foreign private universities.

What are your initiatives in this aspect?

What’s the initiatives to ensure quality roles for the graduates of Ahlia University in the labour market of the Kingdom?

We do not focus on creating employees, but focus on building the entrepreneurs. Ahlia University graduates are all round leaders. We used to talk about ‘leadership’ in the earlier days, but we should focus on ‘leader shift’ that is building leaders who can shift or adapt as per the need of the situation. They should be able to comprehend the information and make use of the data available. This will be our contribution to the labour market in the Kingdom.

You are the Chairman of the Executive Office of The Association of Arab Private Institutions for Higher Education and the President of Association of Private Universities in the Middle East. Do you apply the same initiatives at the GCC level too?

We discuss our ideas on how we can improve excellence in Higher Education in the whole of the Middle East on each of our meetings. It is not easy to compile our ideas from different countries with different regulations. However, we strive to achieve them as best as we can.

Apart from the education, what are your other interests?

My wife always reminds me that not everyone completes their work in a life time. However, all my dreams and interests are around improving education for the future generations to come. I must say that all my hobbies are centered on the word ‘Education’

Known as Sarah cyclist, Sarah Al Sammak is one of the first Bahraini girls who took up cycling in 1999. Certified by British Cycling,...
Read more

The Arabian Gulf University (AGU) has recently attained new achievements in the field of being granted accreditation from prestigious international institutions, as three of...
Entrepreneurial Journey

Bahraini trucks and their drivers will be allowed to resume their trips to the Kingdom of Saudi Arabia via the King Fahd Causeway today,...
Tech

Netflix is letting people choose the speed at which they want to watch something on their phone or tablet with new playback controls. Netflix will...
© GO ALIVE MEDIA
MORE STORIES