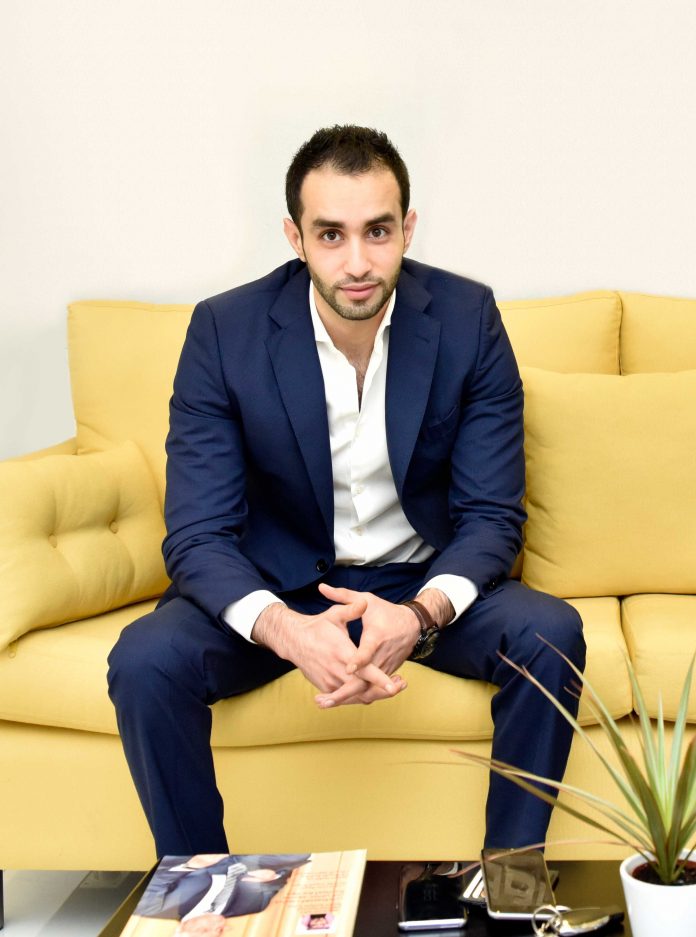 “We are in the business of making an impact in what we do and the way we do it,” says Naser Shahrour, the newly appointed CEO of the Al Safar Group. Don’t let his youthful looks, and charmingly informal personal style distract you. This is a man whose keen eye and sharp intelligence miss nothing and whose drive and determination have got him to the top of the corporate chain in a dizzying five years.

For Naser, the journey has been challenging and uphill but each step has been a sure step in the right direction.  Arriving in Bahrain in 2013, his first job as a receptionist in a three-star hotel was simply a starting point. From there it was only a short while before he moved into real estate finding a niche and an immediate fit for his now legendary sales skills. A year later he moved to the highly charged, sales- driven Propertyfinder, making an impression on everyone he met, forming innumerable friendships and connections along the way.

In 2015, in the midst of the global financial and economic crisis that had affected most businesses in Bahrain, Naser was handed the reins of MECOS, the home and office automation division of the Al Safar Group, tasked with turning around its fortunes. In retrospect he admits it was a tough – but invaluable – learning experience. Starting with a team that comprised of just two technicians, MECOS today with a force of highly-qualified engineers and 35 technicians, is numero uno in the business, with a prestigious client list that includes The One& Only, City Towers, Bin Faqeeh and many others. Important strategic partnerships include Arab Architects, Saudi Aramco, Batelco, Control4 and all the big names in the business.

“I learned a lot – we all learned a lot.It was a very tough lesson, but we passed the test with flying colours” he says jokingly.

The success he achieved with MECOS, led to more responsibilities within the group. His efforts with its media wing, Stratford PR and its most well-known product, bizbahrain, led to his appointment as Media Consultant in the Media Office and Information Center of HRH Shaikh Nasser bin Hamad Al Khalifa, a title he carries with pride.

Success has meant a lot of things to Naser, “It is not just for my own success that I work; I work every day to apply and share everything I have within me in ways that benefit the people I work with, the company, the community, and society at large.”

A milestone reached, but the road winds on for Naser, more challenges, more highpoints lie ahead. But, for now, its time to take a well-deserved breath and savour the sweet scent of achievement.

BRAVE Combat Federation returns to the Kingdom of Bahrain, for the second consecutive week with BRAVE CF 42, on September 24th. The promotion released the full...
Read more
PR This Week