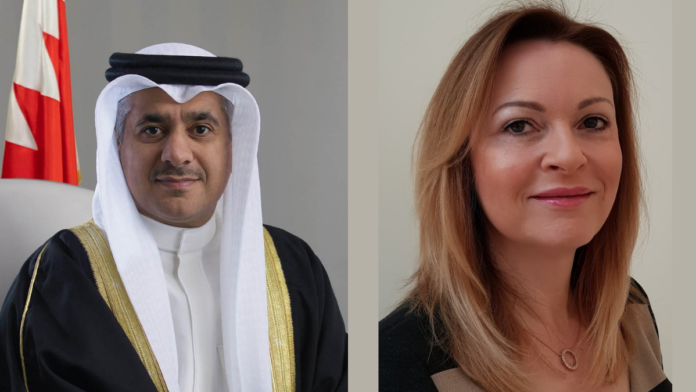 APM Terminals Bahrain, the operator of the Khalifa Bin Salman Port (KBSP), has been honoured with the ‘AME Region – Terminal of the Year 2020’ at the APM Terminals Africa and Middle East Region awards. The recognition is a huge testament to APM Terminals Bahrain’s relentless efforts in evolving KBSP, the Kingdom’s only commercial port as a major regional trade and transportation hub, through its world-class infrastructure, services and highly skilled talent.

The only APM Terminals-operated port to have earned this award in the GCC region, the honour demonstrates the successful partnership between APM Terminals Bahrain and the Ministry of Transportation and Telecommunications working together to contribute towards Bahrain’s economic development and the people’s future.

“We are very proud that our country’s main commercial port has received this global recognition,” said His Excellency Kamal bin Ahmed Mohamed, Minister of Transportation and Telecommunications in the Kingdom of Bahrain. “We have worked hand in hand with APM Terminals Bahrain to implement the highest safety and security standards while maintaining the levels of business efficiency that our stakeholders have come to expect from the Kingdom of Bahrain.”

Commenting on the award, Maureen Bannerman, CEO/Managing Director, APM Terminals Bahrain, said, “We are proud that APM Terminals Bahrain is awarded the AME Regional Terminal of the Year for 2020. With Covid-19 disrupting the global economy and supply chains last year, our role as facilitators of the maritime trade was even more critical to support the Bahrain government and our customers with uninterrupted operations of bringing 90% of consumer goods through the port. This was possible with the Ministry of Transportation and Telecommunications’ continued support and the dedication shown by our employees and partners. With renewed efforts, we will continue supporting the nation and our customers by connecting Bahrain seamlessly to the world.” The APM Terminals Africa and Middle East (AME) Region Awards organized to acknowledge APMT teams and individuals’ accomplishments across the region, focuses on Health, Safety, Security and Environment (HSSE), Ways of Working, customer focus, and financial performance of AME Terminals in 2020. This was truly demonstrated by the APM Terminals Bahrain team of 500 skilled professionals, working tirelessly and continuously at 100% capacity as the only maritime logistics gateway to support its business customers and keeping Bahrain well-supplied during the challenging times.