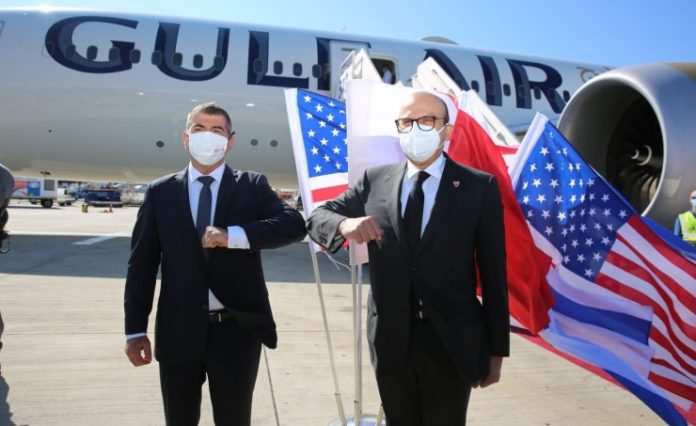 Time has come to depart from the conflicts and instability that afflicted the Middle East for decades and pursue other policies to reach a comprehensive solution that achieves prosperity and development for all, Foreign Minister Abdullatif Al Zayani has said.

Al Zayani made the statement as an official Bahraini delegation arrived in Tel Aviv on the first visit of its kind to Israel.

“This visit is a courageous step taken by the Kingdom of Bahrain in line with the vision of His Majesty King Hamad bin Isa Al Khalifa to achieve security, stability and prosperity, with the Kingdom playing its pioneering role to achieve peace in the region and in the world,” Al Zayani said in a statement.

“The Kingdom of Bahrain, with this historic visit to the State of Israel, confirms its policy of commitment to peace as a strategic option through which frameworks for initiatives to promote international cooperation, stability, peace and prosperity in the Middle East region are launched.”

This visit is a strategic start to enhance cooperation between Bahrain and Israel in a way that achieves their shared interests, particularly that it will contribute to launching many cooperation initiatives in various fields and will mark a starting point for other anticipated visits, he added.

“Over the past decades, the Middle East has witnessed conflicts and instability and time has come for us to pursue other policies to reach a comprehensive solution that achieves prosperity and development for all,” Al Zayani said.

The visit follows agreements in the declaration to support peace and the Declaration of Abraham Principles between Bahrain and Israel signed in Washington on September 15.