Returning in full for the first time...
SocietyPR This WeekBahrain exports BD190 Million Worth of Products of National Origins during August 2020 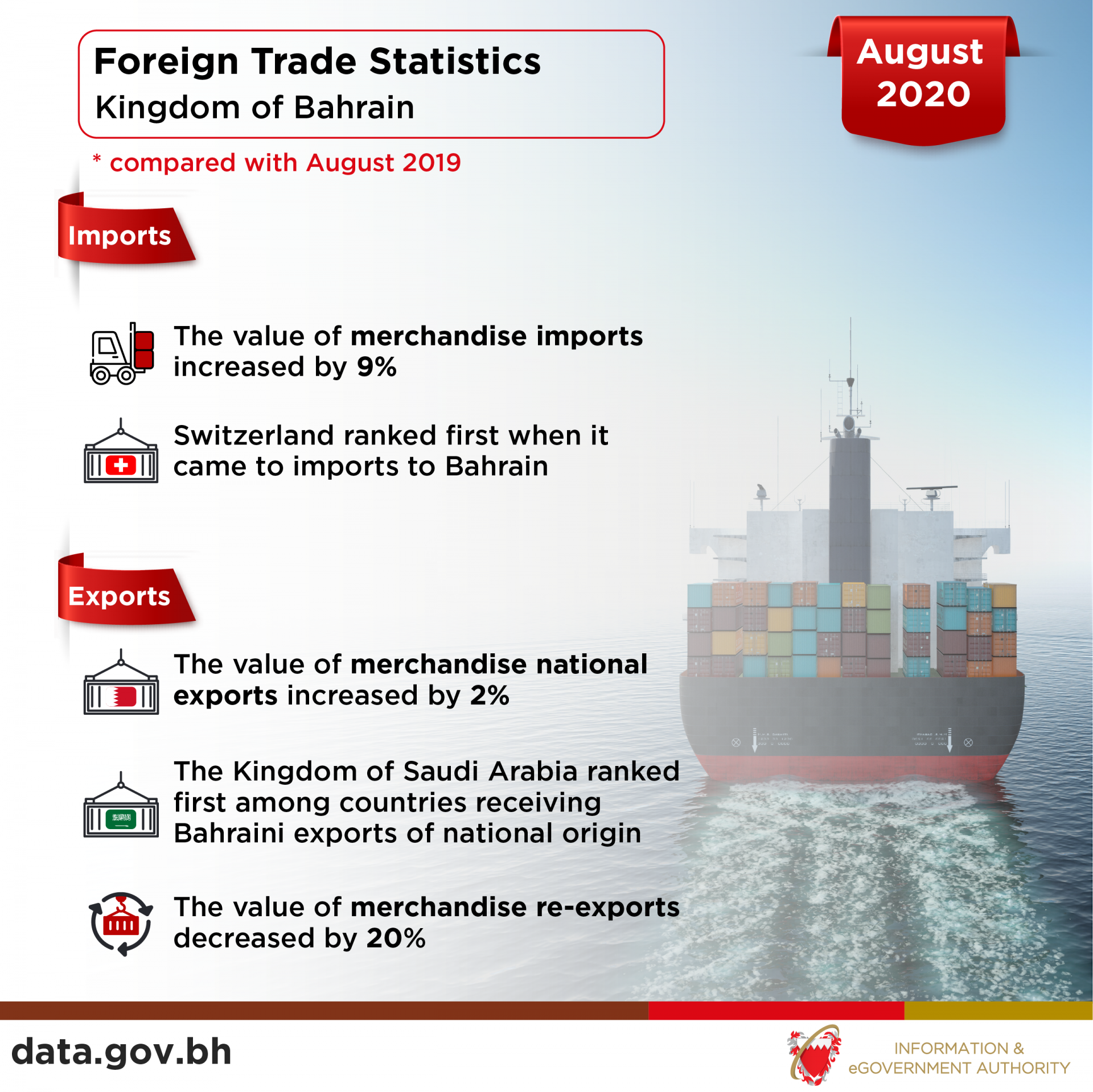 According to the report, Switzerland ranked first when it came to imports to Bahrain, with a total of BD84 million, China was second with BD42 million; and the Australia was third with BD36 million.

Central heating boilers emerged as the top product imported into Bahrain with a total value of BD39 million, while air conditioners without refrigeration unit was second with BD37 million, and aluminum oxide third with BD35 million.

The Kingdom of Saudi Arabia ranked first among countries receiving Bahraini exports of national origin, importing BD58 million from Bahrain. Meanwhile, United States of America was second with BD18 million and the Sultanate of Oman third with BD11 million.

Unwrought aluminum alloys emerged as the top products exported during August 2020 with BD40 million, Unwrought aluminum (not alloyed) was second with a value of BD26 million and Semi-finished iron and steel third with BD15 million.

The total value of re-exports decreased by 20% to reach BD44 million during August 2020, compared to BD55 million for the same month of the previous year. The top 10 countries accounted for 94% of the re-exported value, while the remaining countries accounted for the 6%. The Kingdom of Saudi Arabia ranked first with BD14 million, United Arab Emirates second with BD9 million, and the United States of America third with BD6 million.

The trade balance, difference between exports and imports, the value of the deficit of the trade balance reached BD193 million during August of 2020 versus BD149 million for the same month of the previous year with increase of 30%.