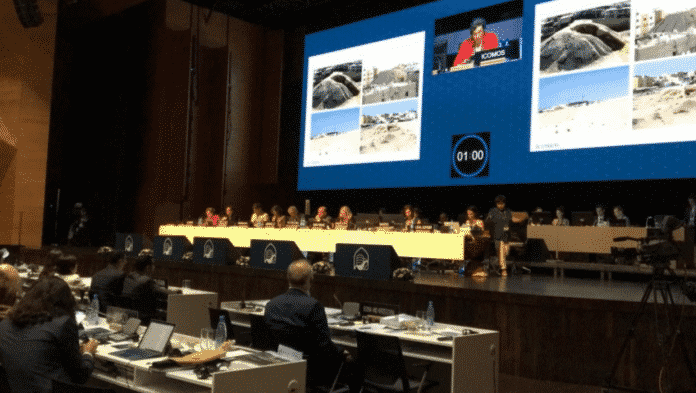 The decision was made during the 43rd session of the UNESCO World Heritage Committee, currently held in the capital of Azerbaijan.

Dilmun Burial Mounds is the third to be designated as world heritage site in Bahrain after Ancient Qal’at al-Bahrain Harbor City and Capital of Dilmun (2005) and the Offshore Pearling Sites in Muharraq (2012).

On the occasion, President of the Bahrain Authority for Culture and Antiquities (BACA), Shaikha Mai bint Mohammed Al Khalifa, said that the Dilmun Burial Mounds is a living proof of Bahrain’s distinguished cultural heritage, noting that Bahrain presents a successful model in investing in its cultural features to boost sustainable cultural tourism, achieve development and preserve authentic cultural identity.

She pointed out that BACA had coordinated with the Bahrain – UNESCO World Heritage Centre and Bahraini competencies to prepare for the nomination of the site.

The site was selected for bearing a unique or at least exceptional testimony to a cultural tradition or to a civilization which is living or which has disappeared (Selection Criterion 3), and for being directly or tangibly associated with events or living traditions, with ideas, or with beliefs, with artistic and literary works of outstanding universal significance (Selection Criterion 6).

Bahrain has been a member in the 21-member UNESCO World Heritage Committee since 2017, and plays an active role in examining nominations for inscription on World Heritage List.

"They know that the sea is dangerous and the storm terrible, but they have never found these dangers sufficient reason for remaining ashore." -...
Read more
Inside Bahrain

Google is “previewing” a new feature here at CES for the Google Assistant on Android phones that turns it into a supercharged screen reader....
Read more
Uncategorized

I frequently give business tips to the youth in my entrepreneurship awareness lectures. In one such lecture, a person asked me to describe the...
Yoga

In line with the directives of HM King Hamad bin Isa bin Salman Al Khalifa to the government to undertake the development of a...
Beauty