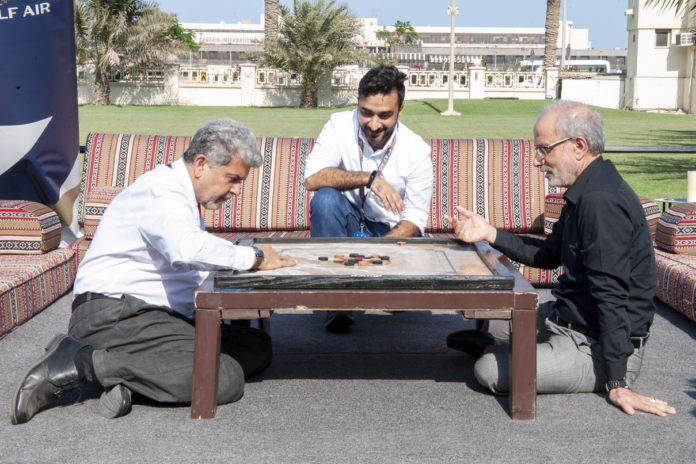 As part of the airline’s numerous social activities aimed at its workforce’s motivation and networking; Gulf Air – the national carrier of the Kingdom of Bahrain – held an outdoor picnic at its HDQ today, where staff enjoyed the recent nice weather, and engaged in informal networking, while several food trucks provided a selection of food and beverages for the staff to enjoy.

This picnic is part of a series of live functions and initiatives managed by the airline’s social committee (Happiness Committee), guided by the airline executive management’s belief of the positive effect of such functions on workforce productivity, and on enhancing the ties between members of Gulf Air’s extended family.