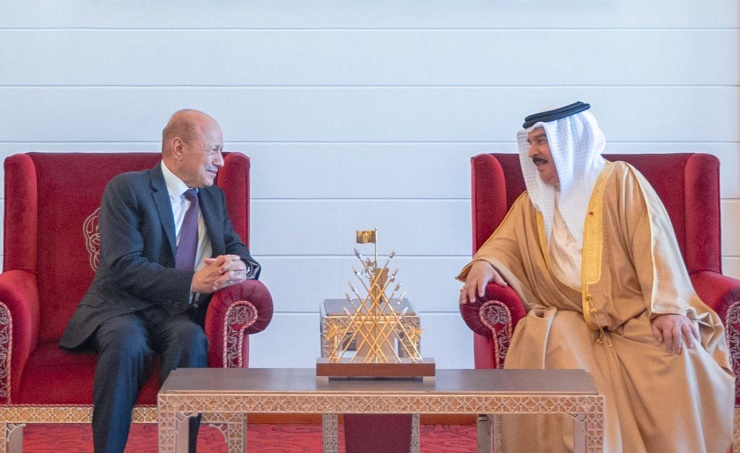 HM the King welcomed him, thanking him for assuming the national responsibility and wishing him and all members of the council every success in serving their country and people. He praised strong historical fraternal relations between both countries and the solid bonds between the two brotherly peoples.

HM the King asserted Bahrain’s support to the Yemeni Presidential Leadership Council and its efforts to regain the legitimate power and achieve peace, security, stability and development in Yemen. He also expressed Bahrain’s welcome of extending the humanitarian truce in Yemen, which was announced by the United Nations. He expressed hope it will help reach a comprehensive and sustainable political solution to the Yemeni crisis, wishing Yemen peace, security, stability and prosperity.

For his part, Dr. Rashad Al Alimi expressed thanks and appreciation to HM the King for the gracious welcome and hospitality, lauding strong historical relations between the two brotherly countries and peoples. He also commended Bahrain’s supportive stances to promote security and stability in Yemen and presented HM the King with a briefing on the latest developments on the Yemeni scene and the role of the Presidential Leadership Council in fostering security.