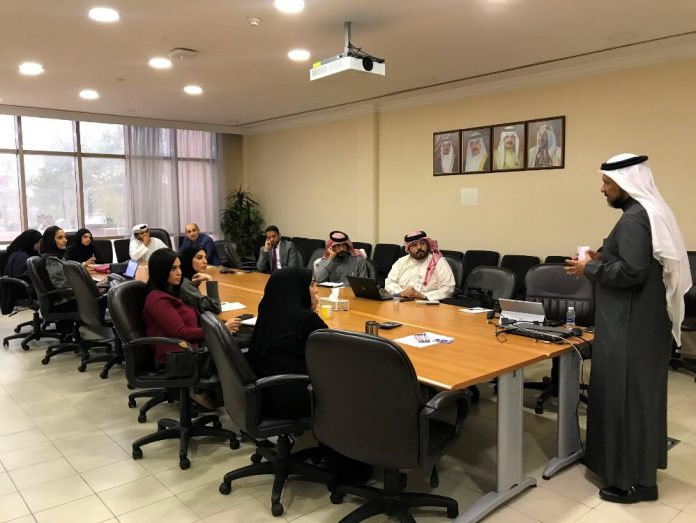 During the session, award’s criteria and registration mechanisms were highlighted along with the method of submitting applications. Evaluation and nomination phases together with awarding the winners were also presented. Beside showcasing previous experiences, the session focused on the changes of this year’s award such as the addition of a new category amongst other current categories. 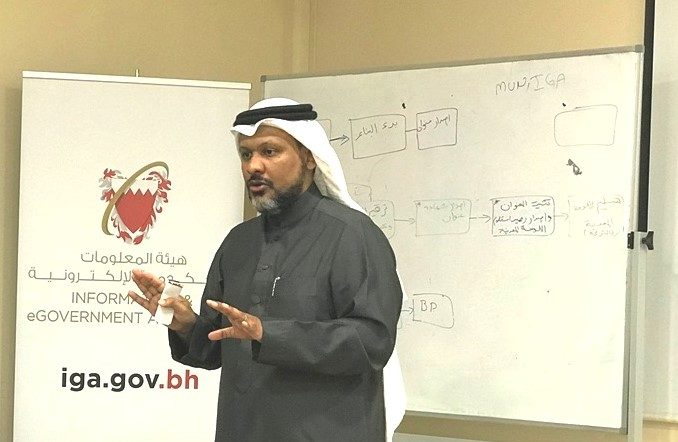 Conducting such session comes in line with Authority’s keenness on encouraging the spirit of competitiveness amongst participants of the award. Nominated applications will be evaluated by the Jury committee which will consist of experts from Bahrain, the GCC and international professionals whom will be announced shortly.

On such occasion, iGA Acting Director of Governance & Enterprise Architecture Dr. Khalid Ahmed AlMutawah stressed that organizing such session comes as a result of Authority’s keenness to encourage excellence in the ICT field and rise in projects which contribute in spreading the culture of innovation, quality and commitment in developing the government work performance. In addition to Award’s Organizing Committee’s belief in the importance of qualifying participants to enter the competition. He further commented on award’s importance in showcasing technology’s role, developing several sectors in Bahrain’s society as well as spreading the culture of eTransformation amongst individuals.

Awarding categories for this year’s 2019 Government Awards comprise ‘Best eGovernment Website’, ‘Best Government-to-Government eService (G2G)’, ‘Best Practice in Community eParticipation’, ‘Best eGovernment Integrated Services for Individuals or Businesses’ along with ‘Best Application for Smart Devices’. While the Private Sector Awards include the newly-added ‘Best eService’ award for this year’s edition to focus on the services delivered by private entities and entrepreneurs; accompanied with the ‘Best Application for Smart Devices’. The Citizens Awards category includes ‘Best eConcept’.

To ensure a wide range of participation, iGA announced that it will provide a sufficient period to receive applications from all sectors as nomination doors are opened to 28th February 2019. For more details or enquiries, please visit award’s website www.egovaward.bh, contact us via the National Contact Center on 8000 8001 or via email [email protected].