Have you ever wondered about the differences...
Sports This WeekLadies European Tour CEO praises Aramco and Golf Saudi 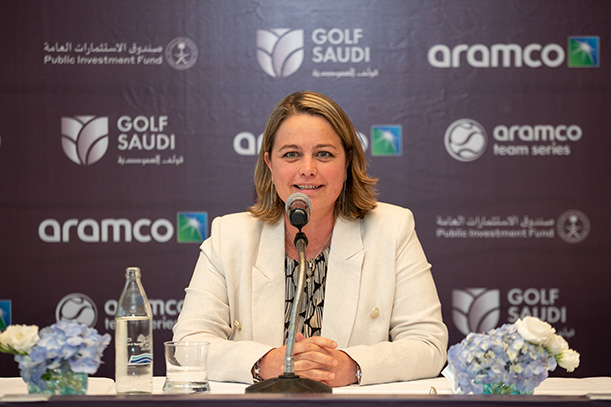 The CEO of golf’s Ladies European Tour (LET), Alexandra Armas, has heaped praise on Aramco and Golf Saudi for the role they have played in helping build the Tour’s strongest season on record.

Armas was speaking ahead of Thursday’s first day of the Aramco Team Series – Bangkok presented by Public Investment Fund, the newest of now six Kingdom-backed tournaments on the LET’s annual global schedule.

The Tour CEO stressed that both had been a “key partner” in elevating women’s golf.

Armas said: “Our partnership with Aramco and Golf Saudi has definitely been key in the development of the Tour over the last few years. I mean, through Covid in 2020, these players only had 19 tournaments and were playing for €11 million. Now, in 2022, we have 34 tournaments and [are] playing for €27 million. I think Aramco and the Aramco Team Series has been a key player in our success in the last few years, despite COVID.”

The Aramco Team Series was introduced to the LET last year as the Tour looked to bounce back from the impact of Covid-19.

It brought with it four new $1million prize-fund events, held in London, the south of Spain, New York and Jeddah – adding a further $4million to the Tour’s annual prizemoney.

Now, in tandem with the Aramco Saudi Ladies International presented by PIF, the Kingdom backs no less than six Ladies European Tour events, to the tune of $6million.

Speaking of the Aramco Team Series tournaments, Armas said: “There is an element to this event that’s very special. The prize money, the setup, we always go to very good golf courses, the staging of the event is also the highest quality.

“But, also the format is slightly different to what they play week in and week out, and that makes it very exciting for the players to compete in a slightly different format which brings a different aspect to the golf course. I think playing as a team and collaborating is something that these players don’t get the opportunity to do very often, and I’ve seen it already from last season the camaraderie that has built between our players.