Lewis Hamilton has won the FORMULA 1 GULF AIR BAHRAIN GRAND PRIX 2019, the 999th FIA Formula 1 World Championship race. Victory for the five-times world champion came at the end of an exciting race in which Charles Leclerc played a major role. The race was very exciting, with plenty of overtaking and drama from the 20 drivers. It was enjoyed by a crowd of 34,000 spectators who came to the Bahrain International Circuit. That is the biggest race day crowd in this event’s 15 year history, as is the overall figure for the weekend of 97,000.

The Mercedes AMG Petronas Motorsport driver secured the win thanks to his team’s superior reliability, given that Leclerc and his Ferrari were the quickest combination today. Starting from pole, the Monegasque driver was beaten off the line by his team-mate Sebastian Vettel and also passed by Valtteri Bottas’ Mercedes on the opening lap. But Leclerc took back the lead in imperious fashion over the course of the next six laps, before gradually distancing his rivals.   Once he had made his second pit stop without losing the lead, Leclerc appeared to be totally in control of the situation, as he had a comfortable 8.5 second lead over Hamilton on lap 45, the Englishman having relieved Vettel of second place in a spirited duel. However, Leclerc’s power unit suffered a serious drop in power as from lap 46, which saw him slow more and more, so that Hamilton cruised by on lap 48 as did Bottas on lap 54. Only the Safety Car, neutralising the race because both Renaults were stranded in a dangerous place on track, saved the Monegasque driver from the fast charging Verstappen. It meant he at least made it to the podium for the first time in his so far brief F1 career. It was richly deserved, but bitter sweet.

The outcome for Scuderia Ferrari Mission Winnow fell well short of expectations. Sebastian Vettel was fifth, as a result of a spin on lap 38, just after being passed by Hamilton, which led to his front wing coming off, requiring an unscheduled pit stop to fit a new one. The only slight consolation for the team was
the additional point that Leclerc brought home for setting the race fastest lap.   By contrast, Mercedes did amazingly well to score its first ever one-two finish in this Grand Prix, given that, after qualifying, they seemed to be a long way off the pace. It confirmed the reigning champions’ ability to make the most of any weakness on the part of others. Thanks to the point he got for setting the race fastest lap in Melbourne, Bottas keeps the lead of the championship, while in the Constructors’ classification, Mercedes already has a significant 39 point lead.

The 2019 Bahrain Grand Prix is a Formula One motor race, another brilliant spectacular race of 57-lap battle, hosted by “The Home of Motorsport in the Middle East”, completed amidst wide applause at Bahrain International Circuit in Sakhir. 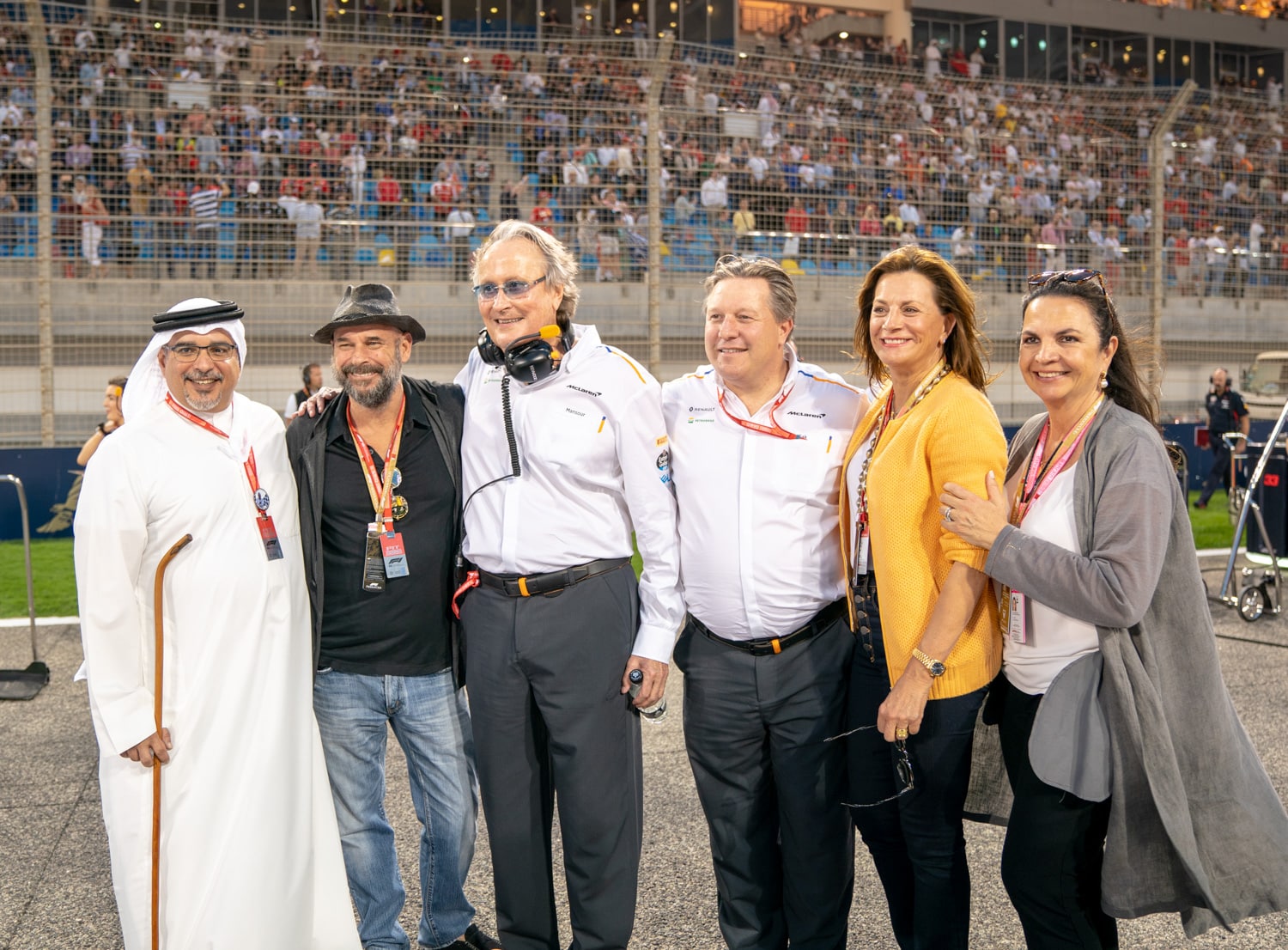 A total 59 drivers from of 30 nations hit the tarmac in Sakhir in the three racing championships. They include the headlining FIA Formula 1 World Championship, which iwas being supported by the FIA Formula 2 Championship and the Porsche GT3 Cup Challenge Middle East.

Many of these nations are also represented in Formula 2, in addition to Switzerland, Japan, Brazil, China, Indonesia, Colombia and the USA.

For the first time in the 15-year history of the desert racing spectacle, BIC opened its doors to the general public for an additional day of “Limitless” fun and thrills, as ticket-holders enjoyed all the off-track entertainment on offer at “The Home of Motorsport in the Middle East”.

BIC’s wide variety of attractions also included massive carnival rides and games, a haunted house, a kids’ activity zone and an army of roaming performers, plus so much more.

One of the highlights of Thursday’s line-up of activities took fans away from the vending area and into the heart of all the racing in the Formula 1 Pit Lane. Bahrain Formula 1 Grand prix offered a chance for fans to get a close-up look at the Formula 1 teams hard at work in their garages.

The fans could see all 10 Formula 1 teams as they strolled down the same pit lane that transformed into a hotbed of intense action over the weekend.

Aside from these, among the attractions that stood out at BIC’s F1 Village are the gigantic Ferris Wheel, a towering Star Flyer, a Venetian Carousel, “The Mummy’s Tomb” haunted house, and the F1 Fanzone.

The Ferris Wheel and Star Flyer werethe firsts for the Grand Prix weekend, yet both became favourites for all race-goers. 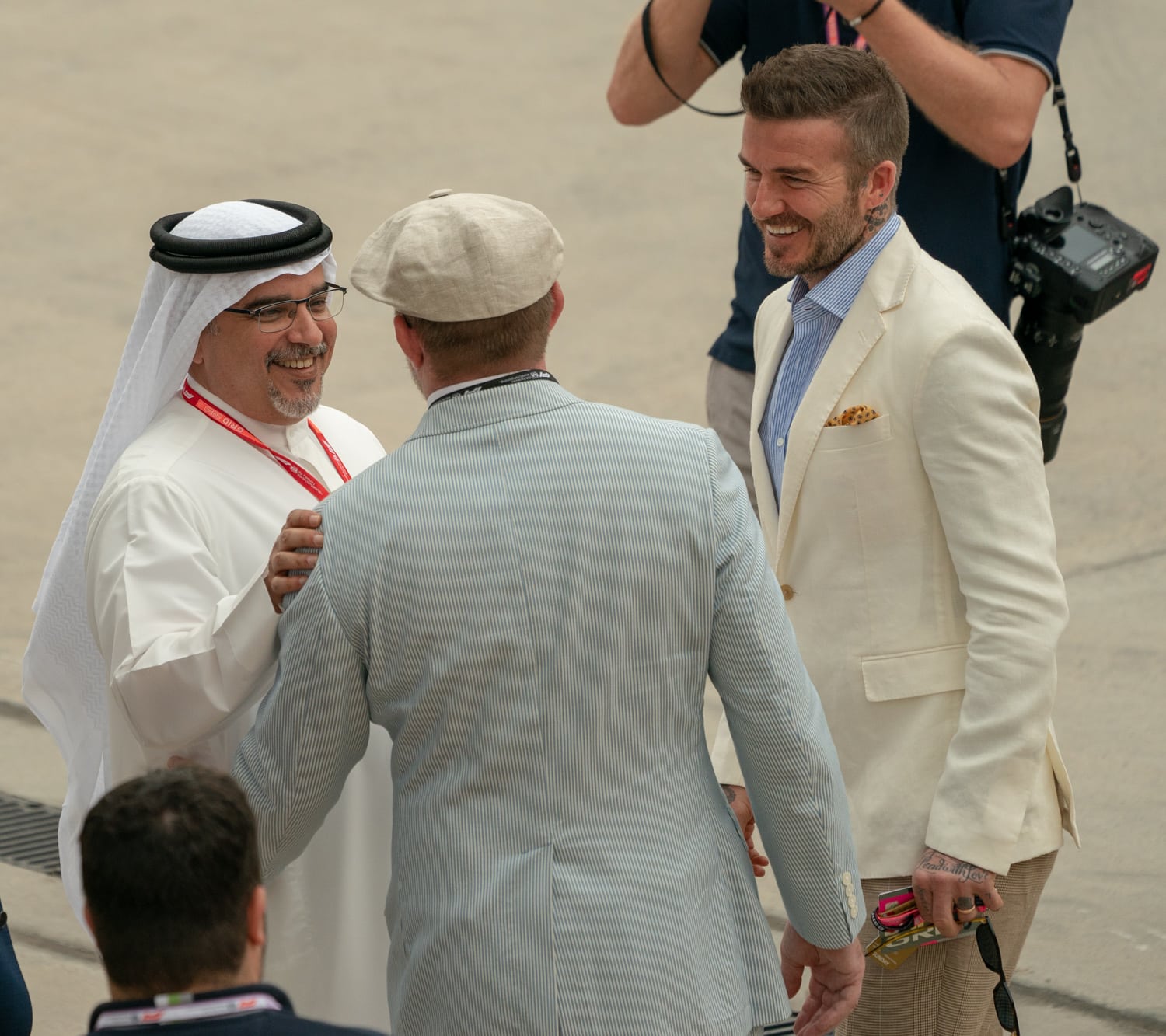 F1 Fanzone was the central place where Formula 1 aims to break down the barriers between the sport and race enthusiasts. It offered a variety of engagement activities that are similar to what is experienced by drivers, team personnel, and others involved in the world’s leading racing championship. These F1 Fanzone activities included F1 Esports, a Reaction Challenge, a Pitstop Challenge and a TV Challenge, plus an appearance of F1 driver Bobble Heads.

It is worth noting that BIC is covering the Value Added Tax (VAT) on all Bahrain Grand Prix ticket prices, saving fans from any additional expense to attend the Formula 1 spectacle. The prices continued to be amongst the most competitive for any event on the Formula 1 calendar.

As a part of their responsibilities to empower women in the workforce, A. A. Bin Hindi Group celebrated the Mother’s Day on Thursday, 21st...
Read more
News

The police started deploying security patrols on public roads and taking legal action for any violation of the precautionary measures by the Interior Ministry...
Read more
PR This Week

Zain Bahrain, a leading telecoms operator in the Kingdom, has implemented a series of precautionary measures to protect both its customers and employees during...
Yoga

The Sunni Endowments Directorate has suspended Friday and communal prayers at all mosques and prayer areas affiliated with it, starting from today’s Maghrib prayers...
Entrepreneurial Journey

Once I was on a holiday tour of Europe. I was accompanied by my wife. We visited many countries and finally arrived in Italy....
PR This Week