Under the patronage of His Majesty King...
SocietyPR This WeekMinister of Industry, Commerce and Tourism and Gulf Air’s Chairman meets with Director General of IATA 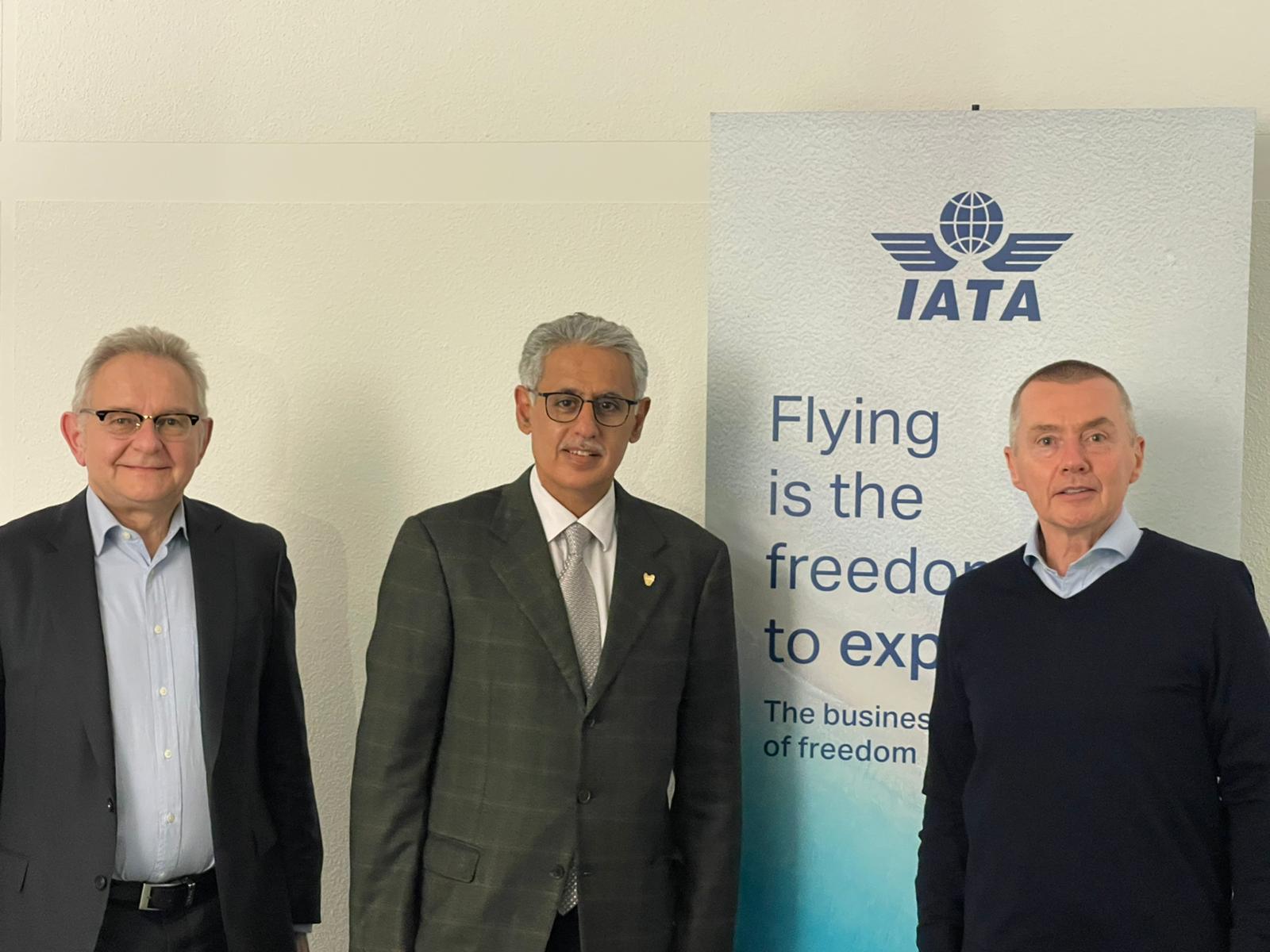 the Minister of Industry, Commerce and Tourism and Gulf Air’s Chairman of the Board of Directors, the National Carrier of the Kingdom of Bahrain, H.E. Mr. Zayed R. Alzayani met with the Director-General of the International Air Transport Association (IATA) Mr. Willie Walsh at the Association’s headquarters in Geneva, where they discussed a number of aviation-related issues, and elements of this vital economic sector to various revenue-generating fields such as tourism and investment.

During the visit, H.E. expressed how he values IATA’s efforts in supporting and developing the ever-changing aviation industry; noting the importance of the Association’s role in sustaining aviation, especially amidst the great impact of the recent pandemic.

Mr. Walsh expressed his thanks and gratitude to H.E. and to the National Carrier as the airline operations continued during the pandemic to help solve some of the global problems during that time. Additionally, he highlighted that Gulf Air remained one of the few airlines that kept operating and never stopped flying during the pandemic and wished the National Carrier success and prosperity.

The International Air Transport Association (IATA) was established in 1945, and is one of the most notable associations in the aviation industry, connecting many commercial airlines through its membership, and is also involved in setting aviation-related policies and regulations in which Gulf Air has been a member since 1981.