On behalf of HRH the CP and PM, HH Shaikh Mohammed bin Salman Al Khalifa visits a number of families to mark Diwali 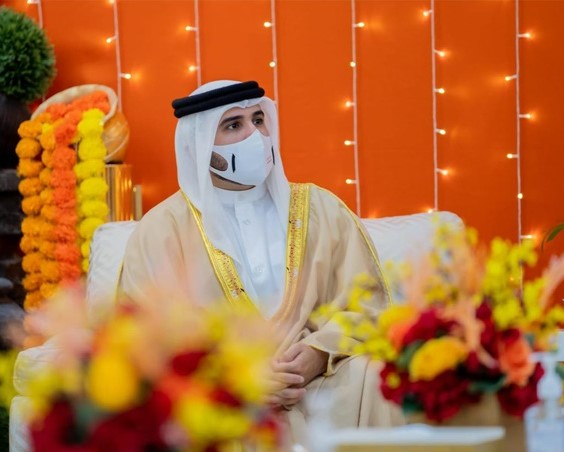 HH Shaikh Mohammed bin Salman highlighted the Kingdom’s commitment to reinforcing the principles of coexistence and tolerance, in line with the vision of His Majesty King Hamad bin Isa Al Khalifa.

HH Shaikh Mohammed bin Salman added that the Kingdom is a melting pot for cultural diversity, stemming from its broad history of tolerance and pluralism.

His Highness conveyed the greetings of HRH the Crown Prince and Prime Minister to the Asarpota, Thaker, Kavalani, Vaidya, Bhatia, Kewalram, and Muljimal Families on this occasion.

His Highness highlighted that the Kingdom’s openness has provided a safe ground for different communities to practice their religions, adding that the values of Bahraini citizens continue to embrace tolerance and respect to all religions, in line with the teachings of Islam.

His Highness expressed his best wishes to the families on the festival and praised their contributions to the Kingdom’s multicultural environment.

For their part, the families expressed their gratitude for His Highness’s visit, and commended HRH the Crown Prince and Prime Minister and HH Shaikh Mohammed bin Salman’s support to the Kingdom’s communities.

The families concluded by wishing the Kingdom of Bahrain continued progress and development.

HH Shaikh Mohammed was accompanied on the visits by the Minister of Finance and National Economy, HE Shaikh Salman bin Khalifa Al Khalifa, and a number of senior officials.