Whether you’re a landlord or a tenant,...
CultureInside BahrainPakistan, Bahrain unveil logo to mark 50 years of diplomatic ties 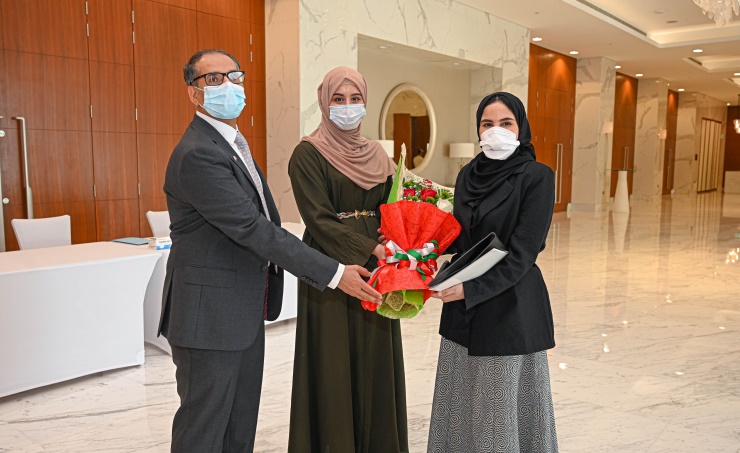 Bahrain and Pakistan have jointly unveiled a logo marking the 50th anniversary of the establishment of their diplomatic ties.

To commemorate the occasion, the Pakistan embassy hosted a logo launch ceremony commencing year-long Golden Jubilee celebrations with events to be hosted in Bahrain and Pakistan.

Muhammad Ayub, Ambassador of Pakistan to Bahrain, and Fatima Abdullah Al Dhaen, Chief of Afro-Asian Affairs in the Foreign Ministry of Bahrain, unveiled the logo in a ceremony attended by the representatives of the Pakistan community organisations, the business community, Parliamentarians and media.

Ambassador Ayub congratulated the leadership andthe people of Bahrain and Pakistan for their remarkable contributions to solidifying this friendship over the last 50 years.

“Pakistan and Bahrain enjoy long-standing ties based on shared values and mutual trust with strong bonds of friendship, cultural and historical linkages,” he said.

“Our two countries share the similarity of views on issues of mutual concern and support each other at multilateral forums. Both countries stand together for global peace and prosperity.”

Pakistan and Bahrain have a history of security and defense cooperation in diverse fields, he added.

“We are now working together to translate this historic relationship into a mutually beneficial economic partnership.  This year, we are celebrating not only 50 years of diplomatic relations but centuries of fraternal ties, enduring friendship, close cooperation, and unwavering mutual support,” he said.

“Pakistani diaspora in Bahrain has been the bedrock of this relationship. They have contributed to the socio-economic development of this great country. They are hardworking and loyal to the Kingdom. They are treated with dignity and looked after well.”

The Pakistani community and all communities in Bahrain will participate in the celebrations. The Golden Jubilee Celebrations will also focus on the participation of youth as the future flag-bearers of Pakistan-Bahrain relations,” the ambassador said.

Pakistan and Bahrain will celebrate the milestone with a renewed commitment to further strengthen the existing friendly relations between the two countries in all aspects, especially in trade and investment, culture, education, tourism, and people-to-people contacts, he added.

Fatima Dhaen lauded Bahrain’s distinguished relations with Pakistan and expressed the Kingdom’s keenness to enhance cooperation in all areas of mutual interest.

The embassy, in collaboration with the concerned departments of the government of Bahrain and the Pakistani community organisations, will organise a series of events and programmes throughout the year to celebrate the 50 years of the establishment of diplomatic relations.