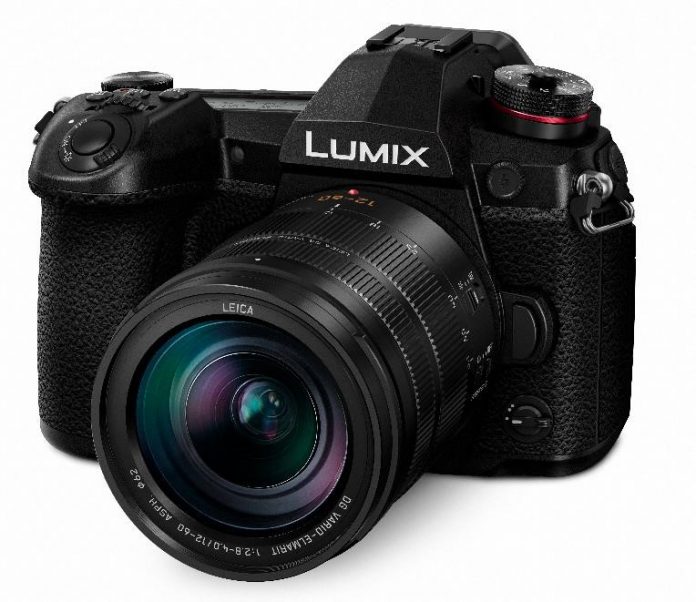 The Body I.S. (Image Stabilizer) in the LUMIX G9 is dramatically improved, making it possible to use a 6.5-stop slower shutter speed. This is achieved by a more accurate calculation of shake in various shooting conditions, utilizing information of angular velocity and motion vector acquired not only from the gyro sensor, but also from the image sensor and accelerometer sensor.

Furthermore, the high-speed, high-precision AF with DFD technology achieves the world’s fastest*1AF speed of 0.04 sec*2, while its high tracking performance of the subject, means the LUMIX G9 never loses the target subject. The LUMIX G9 also boasts the fastest-in-class*3 20 fps (AFC) / 60 fps (AFS) in 20.3-megapixel full resolution to capture those unmissable moments. Complying with 6K/4K PHOTO, users can choose the most suitable burst shooting mode in addition to the regular consecutive shooting mode and new Pre-burst shooting mode depending on the situation.

The LUMIX G9 also has the largest-in-class*1 LVF (Live View Finder) with a stunningly high magnification ratio of approx.1.66x / 0.83x (35mm camera equivalent). No blackouts occur even in high-speed burst shooting*4. Night mode and an AF Point Scope function is also integrated. To withstand heavy field use, the LUMIX G9 is composed of a magnesium alloy full die-cast front / rear frame and is not only splashproof*5 and dustproof but also freezeproof down to -10 degrees centigrade. The largest-in-class Status LCD on the top makes shooting even easier and more comfortable. For the rear monitor, a 3.0-inch free-angle LCD in 3:2 aspect with 1,040K-dot high resolution is equipped. Also, the G9 has a double SD Memory Card slot, compatible with the high-speed, high-capacity UHS-II. 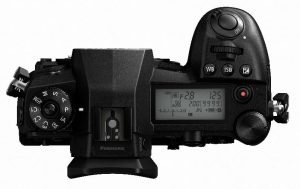 The LUMIX G9 includes Bluetooth and Wi-Fi® connectivity to offer a more flexible shooting experience and instant image sharing with easy operation. Compatibility with Bluetooth 4.2 (called BLE: Bluetooth Low Energy) enables constant connection with a smartphone or tablet with minimum power consumption. For Wi-Fi, 5GHz (IEEE802.11ac) can be selected in addition to the conventional 2.4GHz (IEEE802.11b/g/n) for an even more secure and stable connection. The LUMIX G9 also includes a largest-in-class Status LCD on the top, allowing users to check the settings at a glance. The Fn lever makes it possible to change the setting quickly once frequently-used settings were assigned.

The LUMIX G9 also comes with a joystick at the optimal position to achieve an intuitive focus area control without taking the eyes off of the finder, together with a focus lever and AF mode button. Dials on the grip and Fn buttons are also located in the best position to operate unseen.