Audiences of all ages were treated to...
CultureInside BahrainPavilion of the Kingdom of Bahrain at the 17th International Architecture Exhibition - La Biennale di Venezia 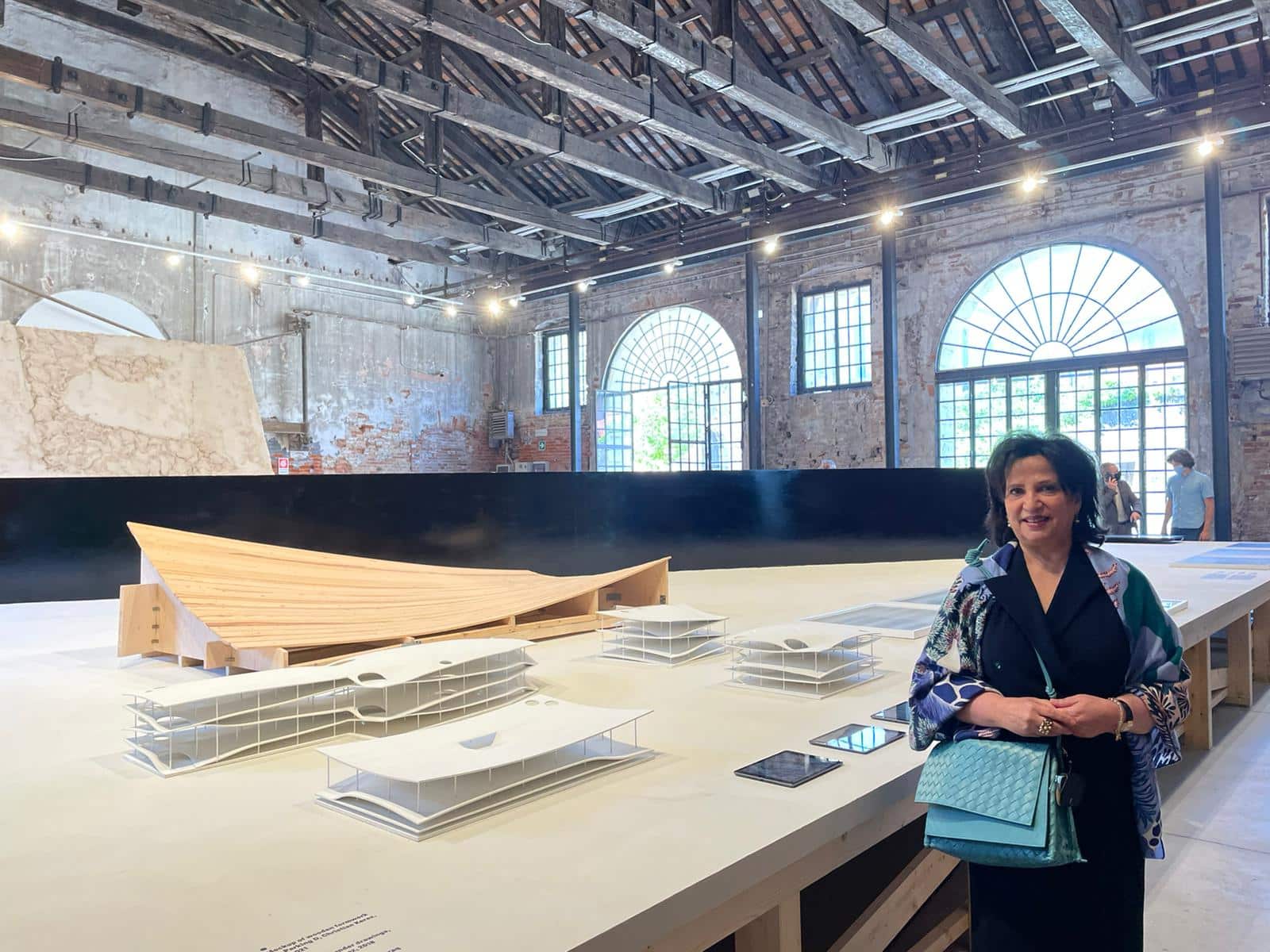 Commissioned by her Excellency Sheikha Mai Bint Mohammed Al Khalifa, Head of the Bahrain Authority for Culture and Antiquities, “In Muharraq” is the Kingdom of Bahrain’s National participation at the 17th International Architecture Exhibition – La Biennale di Venezia. The curatorial team is composed of Noura Al Sayeh, architect, and Ghassan Chemali, architect and heritage consultant both based in Bahrain.

Speaking for this occasion, H.E Shaikha Mai bint Mohammed Al Khalifa said: “Despite the exceptional circumstances imposed by the pandemic, we are determined to continue the cultural endevour action and showcase  an outstanding  reflection  of the most beautiful image of the Kingdom of Bahrain to the world by presenting its cultural and urban components and highlighting one of its most important sites registered on the UNESCO World Heritage List, the Pearling Path site, a unique architectural and cultural  experience that we have dedicated our efforts as a token to implement  this year”.

H.E added to day: “Today culture is a hope for all countries of the world for recovery and progress towards the future, by sharing human experiences, and through our participation in the International Architecture Exhibition, we have achieved achievements, most notably the award won by of our pavilion in 2010 of the Venice prestigious 15th International Architecture Exhibition Golden Lion Award, as well as the Best Book award by the Swiss Culture Awards Federal Office of Culture”.

H.E has also pointed out that that this year’s pavilion titled “In Muharraq” to be held in Venice, will display elements of the traditional architecture of Muharraq and provides its visitors with an idea about the urban development efforts that are made by the Bahraini Culture Authority authority in order to promote and enhance sustainable development in the historical city of Muharraq.

Located in the Arsenale (Artiglierie), the pavilion focuses on the unifying qualities of culturally-led regeneration processes, notably through the ongoing development iniatives in the historical core of Muharraq city. At the centre of these initiatives is the UNESCO World Heritage Site “Pearling, Testimony of an Island Economy” (or “Pearling Path” in short) which embodies the legacy of Bahrain’s pearling era. Through the rehabilitation of the city’s architectural and urban heritage as well as the conservation of a beach and three oyster beds in the sea, the pearling narrative is being perpetuated while an economic development is being triggered, bringing together several social, environmental, cultural and functional aspects of the city. The process is incremental, continuously adapting itself to the challenges of a living city and reinventing it in continuity with its existing footprint and social practices. The exhibition presents both the results and the processes of making, through the presentation of models, objects, artifacts, drawings and conversations, showing the project in its current state. It explores the challenges in reviving the memory of “Pearling” as a binder between the physical makings of the city and its identity, and questions whether pearls, oysters, coral stones, cars and humans can sustainably cohabit today.

The pavilion consists of an artificial “plateau” on which the different objects are exposed, taking most of the space in the room, and leaving a narrow circumambulatory passage. It showcases fragment of the ingredients that compose the Muharraqi revival process, whether it involves single building projects or urban scale regeneration policies. These fragments include natural components such as oyster shells, mock-ups of new developments such as the public spaces designed by Office KGDVS and Bas Smets, architectural models such as the models of the multistorey car parks designed by Christian Kerez, original pieces extracted from the traditional Muharraqi architecture and working documents such as the ones related to an urban upgrade project, put together by Gulf House Engineering.

As the “Pearling Path” World Heritage Site revolves around a narrative- that of the foregone pearling economy- so does the pavilion, as its different components tell the chapters of the development’s “story”. While the pearling visitor centre, designed by Valerio Olgiati, highlights the role of the Site as a social binder providing an agora for the city; the Siyadi Pearl Museum, designed by Studio Anne Holtrop, turns the attention towards the history of craftmanship and exchange of knowledge that Muharraq witnessed. Elsewhere, the exposé of heritage conservation approaches, made by Studio Gionata Rizzi through two models,  puts the accent on the value of heritage as a new economic driver for the former pearling city.