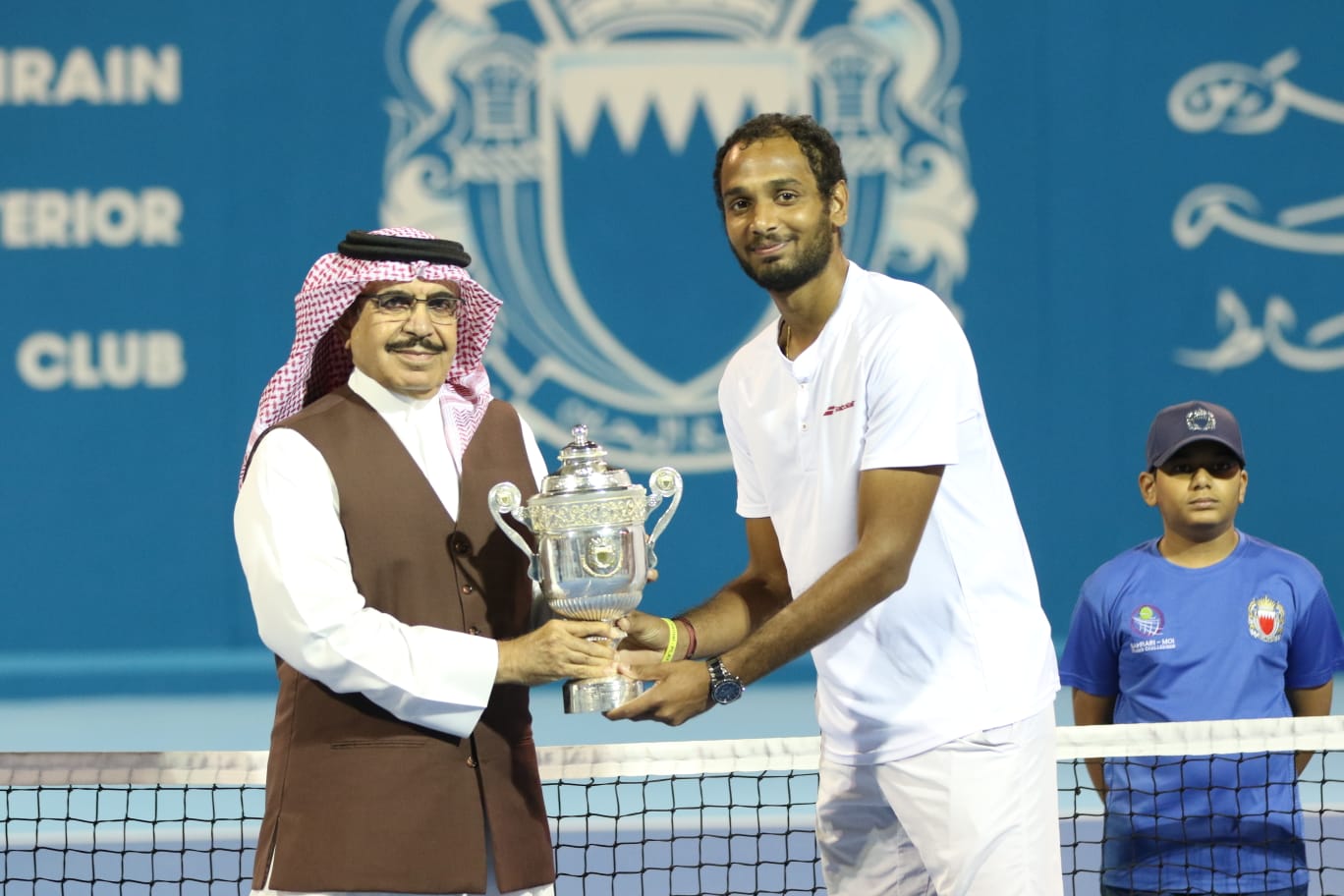 In a breath-taking finale which was witnessed by a good crowd at the Public Security’s Officers Club courts in Gudaibiya, the tournament’s sixth seed edged his final opponent Russia’s Evgeny Karlovskiy 6-1, 6-4 to secure the competition’s title.

It was a sweet victory for Ramanathan, who made up for his doubles event title loss 48 hours ago when he and his compatriot Arjun Kadhe entered their doubles semi-finals game as the third seed, but suffered a shock 4-6, 2-6 defeat to unseeded Portuguese pair of Nuno Borges and Francisco Cabral.

Ramanathan, aged 27 and comes from Chennai, headed into last night’s title decider with significant focus and determination as he narrowly took the first set after some great performance by his Russian opponent.

Karlovskiy, who came from behind to beat his Turkish opponent Yanki Erel 2-1 in an exciting three-hour semi-final tie on Saturday, tried hard to come back in the second set and extend the match to a third and deciding set.

But the 27-year-old unseeded entrant from Moscow could do little to surprise the tournament’s favourite, who sealed the set and with it the game, much to the joy of a cheering Indian community crowd in the stands.

In the doubles final, the Portuguese pair of Nuno Borges and Francisco Cabral secured the doubles trophy thanks to a 2-1 victory over Maximilian Neuchrist of Austria and his partner Michail Pervolarakis of Greece in a neck-and-neck clash. Sets scores were 7-5, 6-7’5’, 10-8 in a nearly-three-hour match.

The Portuguese pair proved the stronger side of an exciting title match which lived up to many expectations with both finalists putting in a great all-around performance.

This well-contested tie started with Borges and Cabral showing great stamina, understanding, and accuracy to win the first set.

Neuchrist and Pervolarakis, who also headed into this tournament as unseeded pair – rallied in the second set – which they won to extend the game into a third and deciding set, which eventually ended in favour of the Portuguese tandem who put in a spirited performance.

Yesterday’s final was followed by the prize distribution ceremony, putting the curtain down on this 10-day international tournament, which took place in the Kingdom for the second time.

The closing ceremony was attended by His Excellency Lieutenant-General Shaikh Rashid bin Abdullah Al Khalifa, the Interior Minister, who presented the trophy and other awards to the finalists.

Shaikh Rashid expressed appreciation to the Bahrain Public Security Sports Association for bringing this world-class tennis event to Bahrain for the second time.

He congratulated the association for the outstanding organization of the Bahrain round of this ATP Tennis Tour, and also congratulated the winners in both events and wished other participants the best of luck in future tournaments.

Shaikh Rashid also noted the great efforts and contributions of International Tennis Federation representative Valery Lutkov of Russia, and international referee Ashraf Hamouda of Egypt, who both supervised and observed the Bahrain round of this prestigious tour.