Whether you’re a landlord or a tenant,...
Sports This WeekSeven Countries And Counting: BRAVE CF’s March Towards European Domination 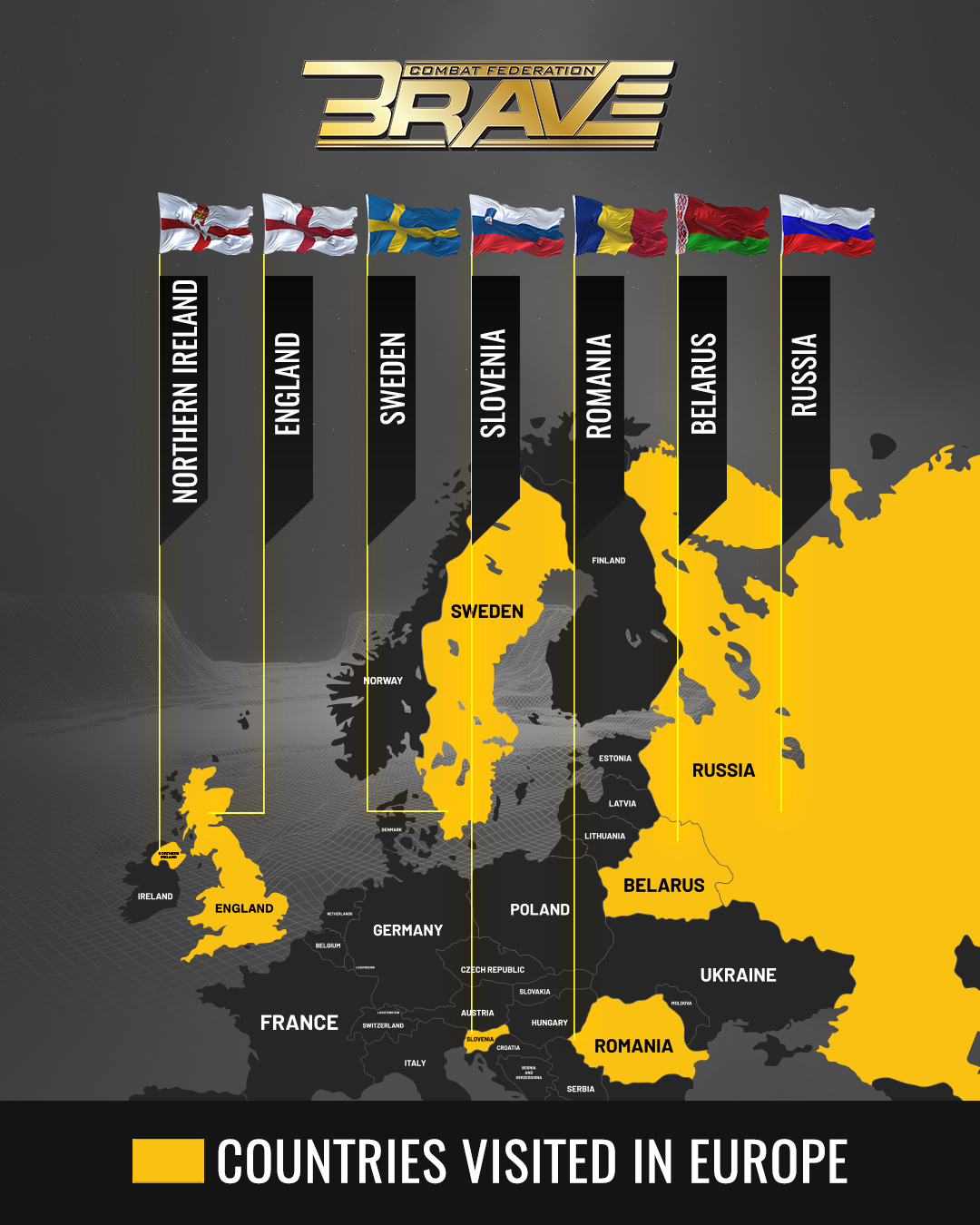 Early last month, after the closing of a historic BRAVE CF 50, the fastest-growing MMA organization in the world announced it would return to Europe on June 4th, in association with Rukh Sport Management. BRAVE CF 51: The Future Is Here will transform Belarus in the center of mixed martial arts in the continent, as well as making the country the seventh European destination for BRAVE Combat Federation and 22nd overall.

Belarus will follow the footsteps of Northern Ireland, England, Romania, Sweden, Slovenia, and Russia as hosts of a BRAVE Combat Federation show, which will firmly place the organization at the top of empowering European mixed martial arts.

The event in Belarus comes after a historic 2020, when despite the restrictions imposed by Covid-19, BRAVE Combat Federation powered on, using the strictest health protocols to put on a record breaking seven shows in a calendar year – something never done before by a global organization.

The shows also included a record six events in six weeks, with Romania and Sweden hosting the legendary fight nights and the 2020 European Invasion series of shows.
‘’I don’t think any organization has been doing what BRAVE CF has, especially in the pandemic times. No other global organization is doing this many events in Europe’’, says Flyweight contender Abdul Hussein.

In January of 2021, BRAVE CF made its much-anticipated debut in Russia. In association with Krepost Selection, BRAVE CF 46 was a historic fight night, featuring the return of fans in the arena for the first time, as well as a crowning moment for Super Lightweight world champion Eldar Eldarov, who defended his crown for the first time against Brazil’s Leonardo Mafra.

Before 2020, BRAVE CF had already set the foundation for its European domination with two shows in the United Kingdom. In 2018, the promotion landed in Belfast, Northern Ireland, for BRAVE CF 13, while in 2019 the organization put on a groundbreaking show in London. BRAVE CF 24 was an invite-only, VIP event that elevated the sport into a new dimension.

‘’You have a lot of good local promotions making waves in only one country. But the very strong point that BRAVE CF is making is that they are able to organize events all over Europe and they are getting popular everywhere in Europe’’, pointed Benoit St. Denis, who is the number one contender for Eldar Eldarov’s belt following his victory over former Lightweight champion Luan Santiago.

For its return to Europe, and debut in Belarus, BRAVE CF is going all out, with a mix of top international names in its roster and the biggest local stars making the jump to global recognition. In the main event, Germany’s Marcel Grabinski will clash against former world champion, and MMA veteran Lucas Mineiro, while Belarus’ star Denis Maher takes on Fernando Gonzalez, from Sweden, in the co-main feature.