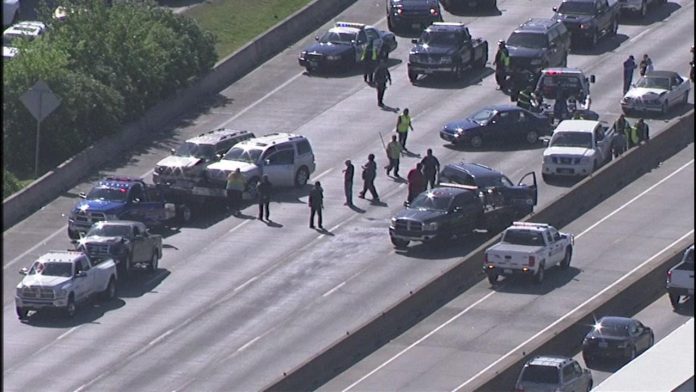 Traffic: Don’t be a Spectator at the Accident Site

You must not run away from a site if you have caused an accident and should wait for police to arrive. Also,you must not stop near an accident site and should let police do its work. This needs to be the driving rule of every person on the road.

The human curiosity to watch how the calamity pans out, often results in what may be called ‘collateral damage’ when one of the spectators also inadvertently gets involved in an accident.

As a rule one should only stop at the site of an accident if it has just happened, the police are nowhere in sight and there is nobody helping the injured. In such an eventuality, to assist the injured by way of first aid, resuscitation etc. it makes sense to stop by the wayside, contact the traffic police control room and call an ambulance if required.

But once police arrive, one must leave the area for them to cordon it off, examine the site, oversee the rescue operation etc.  Your role as a good citizen ends there.

Indeed it is the voyeur in most of us which prompts us to slow down – which ultimately clogs the traffic, creates a jam, and slows the flow of vehicles thus leading to road rage, blaring of horns and chaos.

It also adds enormously to traffic police work which, in such a scenario, has to take on the additional responsibility of controlling and organizing the movement of vehicles rather than fully concentrating on the rescue operation and investigation.

In the worst-case scenarios in such a situation the crawling traffic has led to some vehicles being driven by the ‘curious’ getting involved in accidents resulting in injuries which can even be fatal thereby adding another distressing dimension to the already harried traffic police.

The slow traffic and the bystanders’ unruly crowd also affect the rescue operation in that they make it all the more difficult for the ambulance and police vehicles to quickly reach the site of the accident.

So when you next see an accident, steer clear of the scene to let police concentrate fully on what they are supposed to do rather than distract them.

The Information & eGovernment Authority (iGA), in collaboration with the National Taskforce for Combating the Coronavirus (COVID-19), has launched the “BeAware Bahrain” application. The...
Read more
iGA

With the current situation at hand & in line with its commitment to protect its employees and the public, the Information & eGovernment Authority...
Read more
iGA

If you’re looking to renew your ID card or need other services related to it, remember that there’s no need to invest time and...
Read more
iGA

Commercial Cases Can Now Be Filed Via Bahrain.bh!

Court procedures have now become considerably more time-efficient in Bahrain as anyone looking to file cases can now do so online through the new...
Read more
iGA

Whether you’re a national, resident, or visitor to a country, easy access to healthcare services and information can be indispensable and potentially lifesaving. Bahrain...
Read more
iGA

The Information & eGovernment Authority (iGA), in collaboration with the National Taskforce for Combating the Coronavirus (COVID-19), has launched the “BeAware Bahrain” application. The...
Read more
Inside Bahrain

In line with the directives of the Government’s Executive Committee, chaired by His Royal Highness Prince Salman bin Hamad Al Khalifa, the Crown Prince,...
Sports This Week

BRAVE Combat Federation, the biggest sports property in the history of Bahrain, has launched an awareness campaign to combat the spread of Coronavirus worldwide,...
Inside Bahrain

The World Health Organization (WHO) has expressed appreciation of the efforts of the government led by His Royal Highness the Prime Minister to reduce...
Entrepreneurial Journey

Huawei offers users an extended warranty on a range of products. This as a precautionary measure based on recent public health and prevention considerations....
Sports This Week