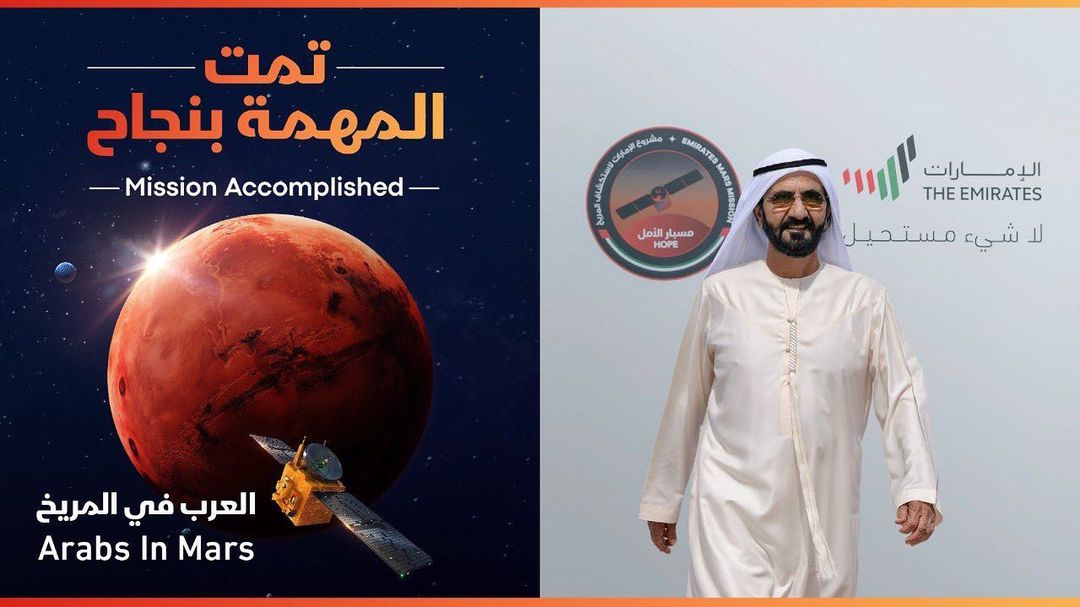 The United Arab Emirates’ first mission to Mars arrived at the red planet on Tuesday and successfully entered orbit on its first attempt.

The Emirates Mars Mission known as the Hope Probe sent back a signal confirming it’s in orbit. The UAE Space Agency had a live coverage of Hope’s arrival on its website. The spacecraft’s arrival the marked the UAE as the fifth country in history to reach the red planet and a first for the Arab world.

The probe, along with its three scientific instruments, is expected to create the first complete portrait of the Martian atmosphere. The instruments will collect different data points on the atmosphere to also gauge seasonal and daily changes. This information will provide scientists with an idea of what climate dynamics and weather are like in different layers of the Martian atmosphere.

Emirati engineers with an average age of 27 worked on the Hope Probe, with women making up 34% of that team, and 80% of the science team comprised of women. One of the goals of the mission is to help build a knowledge-based economy for the UAE, leading to more investment in STEM, or Science, Technology, Engineering and Mathematics for young Emiratis.

Once the news broke that the mission had successfully entered orbit around Mars, the Burj Khalifa began a celebratory light show.