Audiences of all ages were treated to...
Wheels and GearsUnique example of McLaren 765LT by McLaren Special Operations showcases the opportunity for personalisation 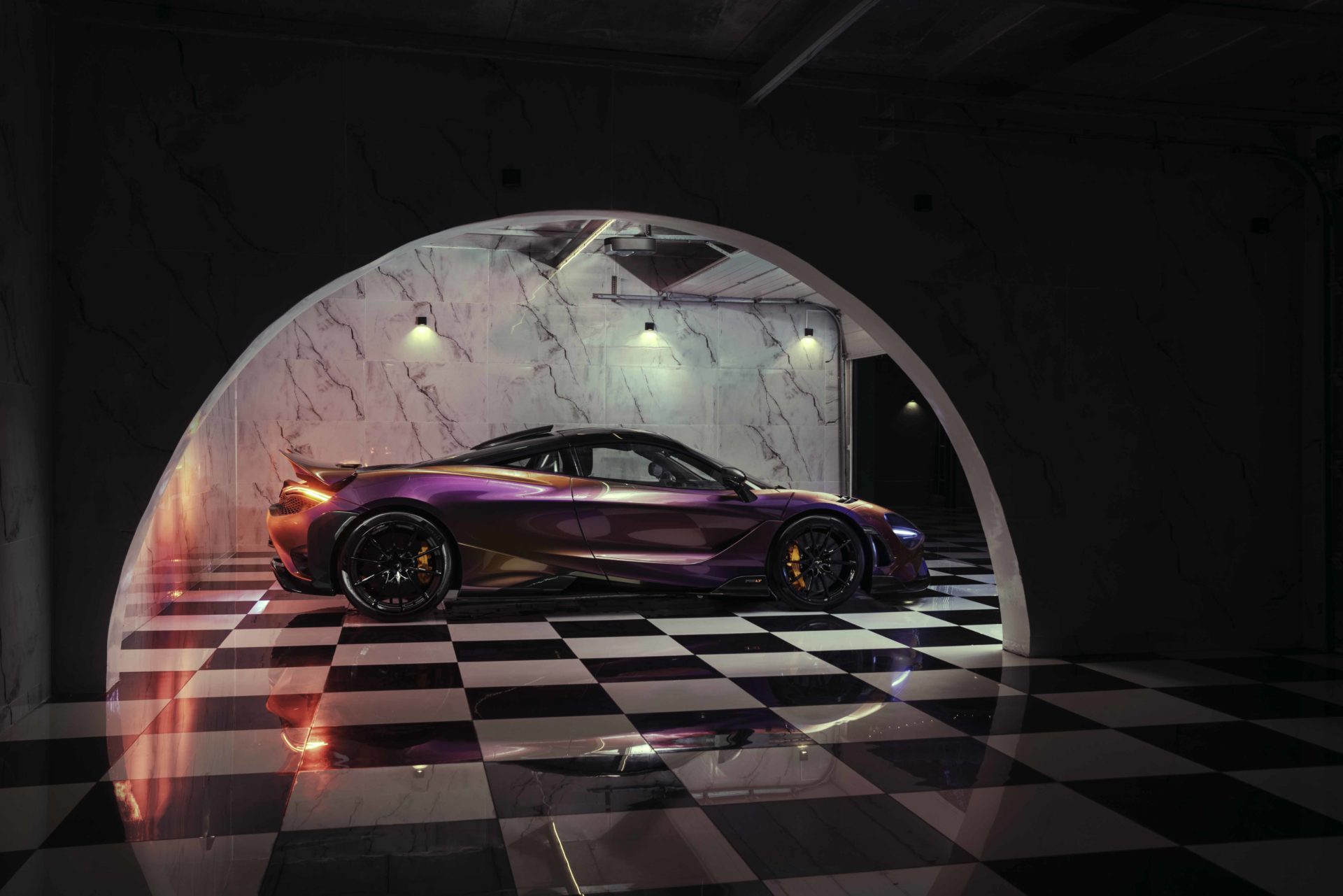 The dramatic bodywork is finished in a ‘colour-shifting’ MSO Cerberus Pearl paintwork, which includes hues of blue, purple, gold and orange. The front splitter, rear bumper, side skirts, as well as the mirror casings and air intakes, have been finished in gloss carbon fibre that highlights the uncompromisingly light-weight engineering philosophy of the iconic British company. Enhancing the visual drama even further are a fully-functional MSO Defined roof scoop, 10-spoke Ultra-Lightweight wheels in gloss black finish and McLaren Orange brake calipers.

Extensive personalisation continues inside the focused cabin of the McLaren 765LT, with satin carbon fibre finishes, as well as bespoke door inserts, speaker surrounds and seatbelts all in McLaren Orange and providing a subtle reference to the brand’s racing heritage. The track-oriented interior is further complemented with the addition of the MSO Defined titanium harness bar and six-point harness.

“We are honoured to complete delivery of this highly-personalised example of the McLaren 765LT to one of our discerning customers. This extraordinary creation is a real showcase of the skills and craftsmanship represented by the team at McLaren Special Operations, which continue to inspire our current and future owners. Over 25% of all McLaren 765LTs intended for Europe, Middle East and Africa will feature high-degree of personalisation and we look forward to concluding final regional deliveries of this sell-out supercar by the end of summer.”

The origins of McLaren Special Operations date back nearly 30 years, the division growing out of the McLaren Customer Care Programme that was set up in the early 1990s to service, maintain and personalise the McLaren F1.  Today, MSO offers a complete tailoring service for any McLaren model and continues to expand under tiers of personalisation that  include MSO Defined, covering series options, MSO Bespoke offering near limitless level of personalisation, MSO Limited creating limited-run and special editions of the latest McLaren vehicles and MSO Heritage, responsible for maintenance of the brand’s legacy models such as the McLaren F1.

Lighter, more powerful and with even higher levels of performance on both road and track than LT predecessors, the McLaren 765LT is the latest in a line of ‘Longtail’ McLarens and the most dynamically advanced and engaging LT model ever from McLaren Automotive.

The car opened a new chapter in the ‘Longtail’ story that began with the McLaren F1 GTR race car in the 1990s and elevates to new levels the attributes that underpin every LT: extreme design, driver engagement, track-focused dynamics, minimised weight, optimised aerodynamics and increased power. The LT promise of being ‘limited to the few’ is also fulfilled, with just 765 individually numbered cars available globally, which are all spoken for.

An 80kg (DIN) weight reduction over the McLaren 720Sfurther contributes to the extremely immersive driving experience that the 765LT delivers. For more information on McLaren Automotive’s retail locations in Europe, Middle East and Africa, as well as its award-winning supercars – including the ground-breaking McLaren 765LT – please visit: https://cars.mclaren.com.