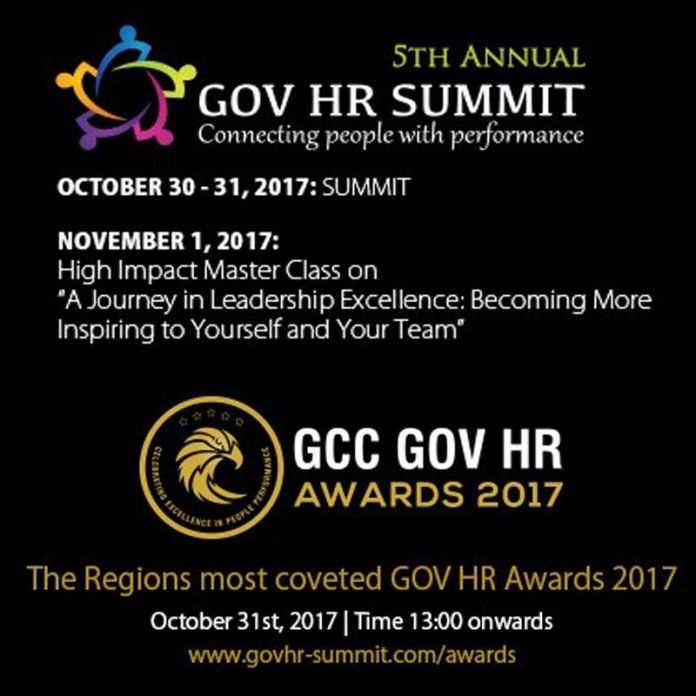 Organized by QnA International and officially endorsed by the Ministry of Human Resources and Emiratisation UAE (MoHRE), the summit will be attended by C-Suite executives, HR leaders, decision-makers and officials from government, semi-government and public sector organizations.

Held under the theme ‘Turning the biggest challenges into the greatest opportunities’, the 2017 edition of the summit will feature more than 20 sessions of live debate, VIP keynotes, roundtable discussions and interactive networking opportunities.

Day two will also feature the region’s most prestigious awards ceremony, The GCC GOV HR Awards 2017, to recognize, promote and reward excellence, professionalism and outstanding achievements in HR development and performance, across 11 categories.

Akash Jain, Director, QnA International, said, “The fifth edition of the GOV HR Summit is held at the region faces a number of evolving challenges – from nationalization to automation. At this time, it is of paramount importance that the leaders and visionaries in this field continue to champion people-first strategies to develop their most valuable assets: the people who drive the organization. Leaders from both government and business recognize the GOV HR Summit as a platform for sharing best practice and advancing this crucial area of business and government, and we look forward to welcoming these innovators, visionaries, and leaders to Emirates Palace, on October 30 and 31.”