Hypershoot is a Pinterest-like bookmarking tool for designers

A ‘Pinterest for’ has got to be one of the most over-used shorthand comparisons in tech, along with ‘an Airbnb for’ and ‘an Uber for’, of course.

But what can you do when you ask TNW’s lead designer for a second opinion of the revamped Hypershoot and the immediate response is, ‘Oh, it’s like a Pinterest for designers?’ 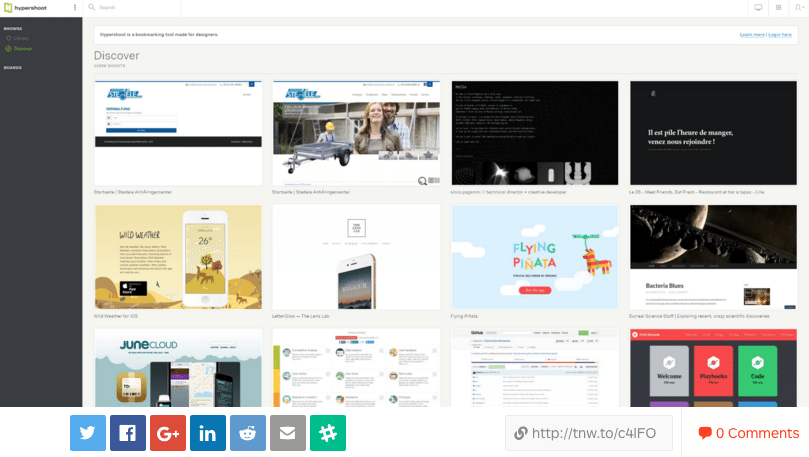 For anyone who needs a little more than that, Hypershoot’s bookmarking tool lets you store anything interesting you come across on the Web in a visually-appealing, Pin-like way. 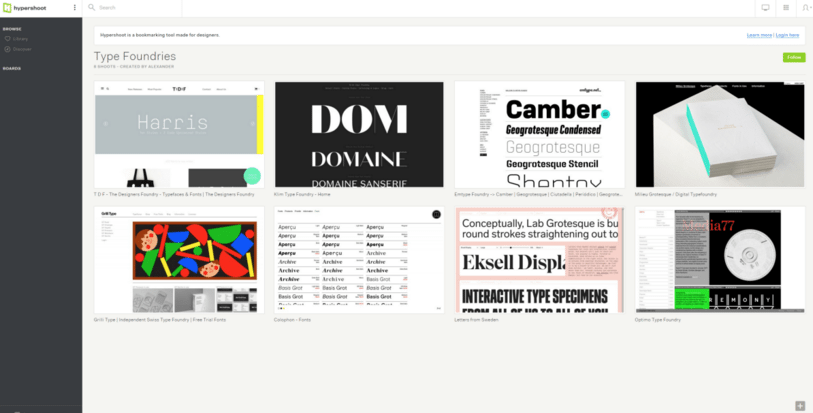 Beyond that, there’s a section for discovering new pages to bookmark, and this is really what makes Hypershoot a tool for designers, rather than a tool for anyone; most of the content the algorithm surfaces probably won’t be of huge interest to the general population.

While you can do it manually by hitting the + icon on the Hyperloop site, the easiest way to add a bookmark to Hypershoot is via the Chrome extension. After adding the extension, click the icon in your browser’s toolbar and it’ll be captured, ready for you to organize. 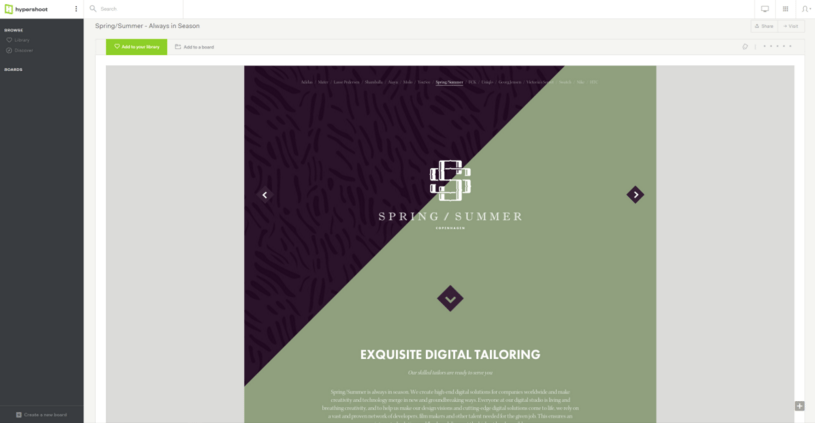 Non-Chrome users can install a Safari or Firefox bookmarklet instead.

Perhaps the biggest benefit for designers as it stands right now is that Hypershoot provides an easy way to share your bookmarks across different people, which is ideal for collaborative projects.

For now, it’s free to use but it probably won’t stay that way forever.