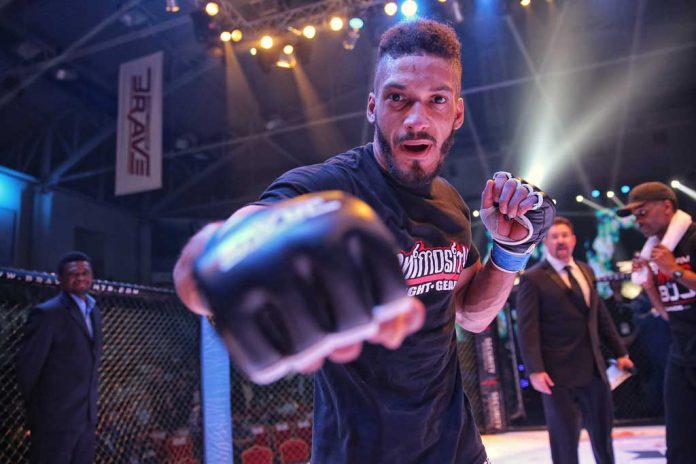 November 12, 2017
Facebook
Twitter
Pinterest
WhatsApp
Linkedin
Bahrain makes yet another milestone as the first sports media property based in Bahrain gets featured in the largest Television News Network in Africa. eNCA, Africa’s largest Television News Network covers exclusive about Brave Combat Federation in Bahrain. eNCA is launched by award winning journalist Simon Stephens who began Sports Broadcasting 30 years ago for ITV Sports in the United Kingdom for Touring Cars, English Premier League, Horse Racing and Speedway. eNCA, is one of the top television news networks that covers Mixed Martial Arts.
The expansion of the sport in the Middle East has also influenced the expansion of the sport in Africa to a great extent, there by being the fastest growing sport in Africa. 2017 IMMAF African Open MMA Championships were held in South Africa. KHK MMA team represented the Kingdom of Bahrain at the African Open and won 1 gold and 3 silver medals. Currently Brave 9: The Kingdom of Champions have been featured in eNCA.
Brave 9 will be broadcasted live in 84 nations to potentially 833 million households around the world. This poised to be the largest media exposure for the Kingdom of Bahrain.
Facebook
Twitter
Pinterest
WhatsApp
Linkedin
Previous articleAlba Participates In ARABAL,2017
Next articleMiddle East Cleaning Technology Week 2017

Since the outbreak of Covid-19 that has unleash an economic downfall, Thai business collaborations continues, expanding business ties between The Kingdom of BAHRAIN...
Read more
iGA