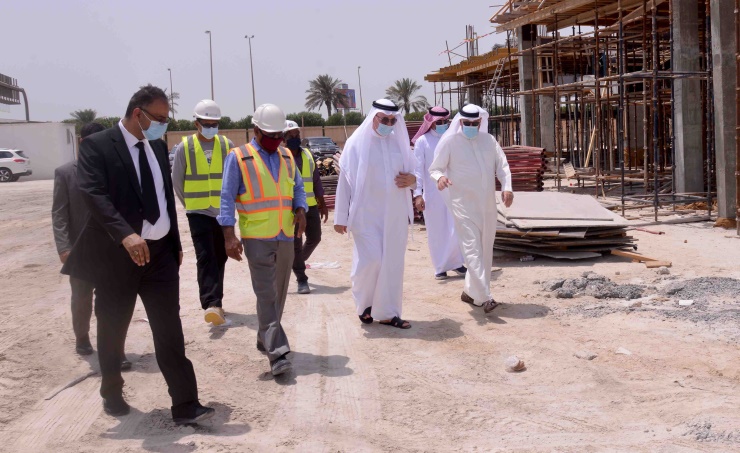 Labour and Social Development Minister, Jameel bin Mohammed Ali Humaidan, has announced that the rate of compliance with the summer afternoon outdoor work ban has reached 99.7%, which reflects commitment to the ministerial edict 39/2013, given its humanitarian and economic dimensions, and ultimate goal of protecting workers from the dangers of working during difficult summer weather conditions.

While commenting on the end of the afternoon outdoor work ban for this summer, he said that the Labour Ministry’s specialised teams had carried out 13,658 surprise and regular inspection visits to work sites during the ban, which started on July 1 and ends today, and reported 30 violating establishments and 42 workers, noting that legal action will be taken against violators.

The minister praised the compliance of the majority of establishments and companies with the ban, stressing the government’s keenness on supporting all measures aimed at protecting workers and ensuring their safety at various work sites, out of its interest in protecting human rights.

Humaidan added that the growing rate of compliance with the edict, which prohibits work from noon to 4 pm, reflects the prestigious status enjoyed by Bahrain in the field of human rights respect, especially those of workers participating in its nation-building and development march.

He affirmed that edict 39/2013 and the civilised behaviour of employers and workers place the kingdom among advanced countries in ensuring the rights of workers, through providing a safe and secure work environment free from injuries and occupational diseases.