Between the holiday season, weekends and the...
SocietyPR This Week'AGU' Appoints 'Dr Ben-Salah' As New Deputy Dean for Graduate Studies and Scientific Research 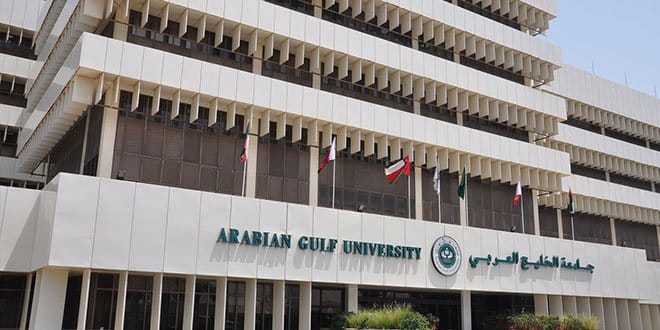 Dr Ben-Salah expressed thanks and appreciation to Dr Al Ohaly for his continuous support to AGU faculty members, especially in light of the availability of an academic environment incubating and encouraging scientific research.

Commenting on the occasion, Dr Ben-Salah said: “At AGU, we are aiming at becoming a distinguished academic and research centre to address the concerns of the Gulf Cooperation Council (GCC) countries. Therefore, the University gives priority to research that is concerned with developing solutions to health problems facing Gulf citizens.”

Dr Ben-Salah is also a professor specializing in Community Medicine and Epidemiology at the Faculty of Medicine in Tunis. He held the position of Head of the Department of Medical Epidemiology: Institut Pasteur Tunis (IPT) from 2006 to 2016, and worked as Director-General of the Primary Health Care of the Ministry of Health: The Republic of Tunisia.

Dr Ben-Salah has more than 25 years of experience in the fields of Epidemiology, Public Health, Primary Health Care, Paediatrics, International Clinical Trial Regulations. He has also obtained funding from the World Bank and WHO to carry out his research in the field of Epidemiology, and he is an expert member of the Research Grant Funding on Tropical Diseases at the Organisation-Mediterranean region since 2003, in addition to being an expert member of the Advisory Committee on Drugs for Neglected Diseases Initiative (DNDI) in Geneva since 2006, among many other senior international posts.

He also published more than 80 scientific articles published in the International Scientific Journals (ISJ) and supervised more than 20 students at various levels of masters, doctorates in medicine and science in various biomedical fields.